There’s a feeling that this sort of thing is harmless, but that depends on who you are.

If you’re booking a band for example, you could easily get burned.  If you’re a band buying fake followers, it’s hard to tell where you ultimately stand.

But the bigger problem lies with the platforms themselves, and how much credibility they ultimately have with users and advertisers.  A recently-released report from Gartner predicts that by 2014, 10-15 percent of all social media interactions – likes, friends, comments, whatever – will be completely fake.  And that’s on top of accusations that Facebook is driving heavy ad clicks from fake bots (and charging for them). 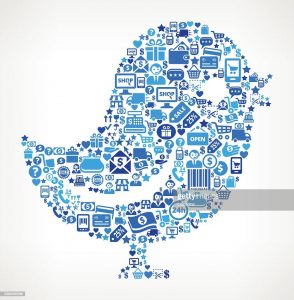 Meanwhile, the train of phantom interaction is steaming ahead, and this stuff is cheap.  Here’s a spam we received on Tuesday from a company called GirlPR, which is offering 25,000 fake Twitter followers for less than $200.  This looks like a growing industry. 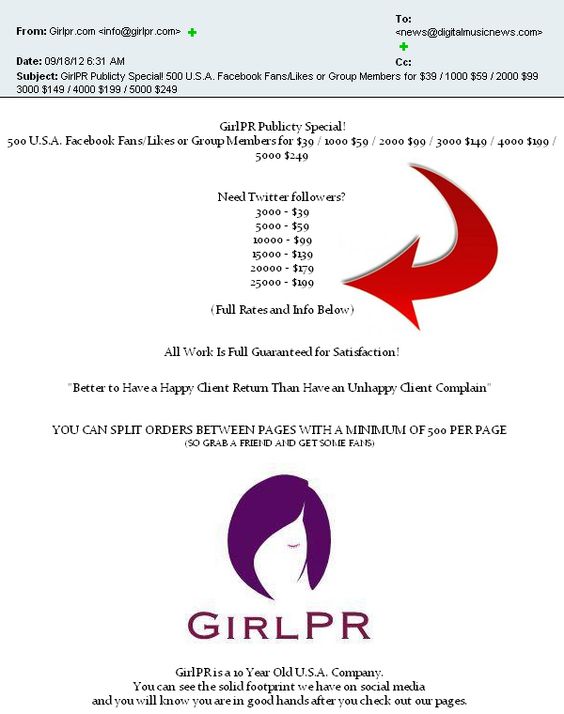