The guy who robs the 7-Eleven rarely returns the next day to buy a Slurpee.

The following comes from two sources: The American Assembly, a Columbia University think tank, and Statista, which compiled the report’s findings. The big takeaway is that P2P users purchased nearly 31 percent more downloads than non-P2P users. 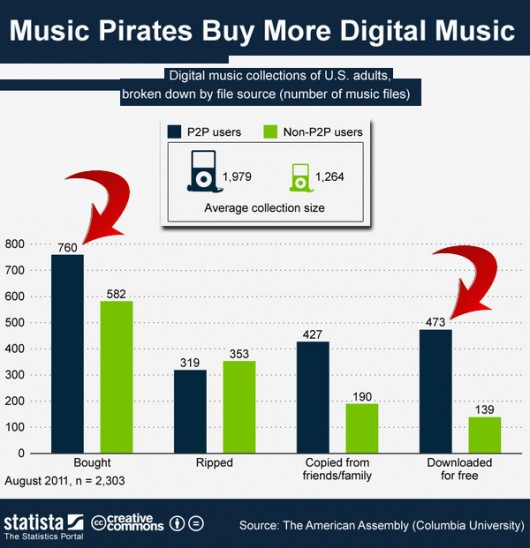