Cannibalism, defined (in capitalism): the process by which one closely-related, oftentimes evolved product reduces demand for another.  The opposite of complementary. 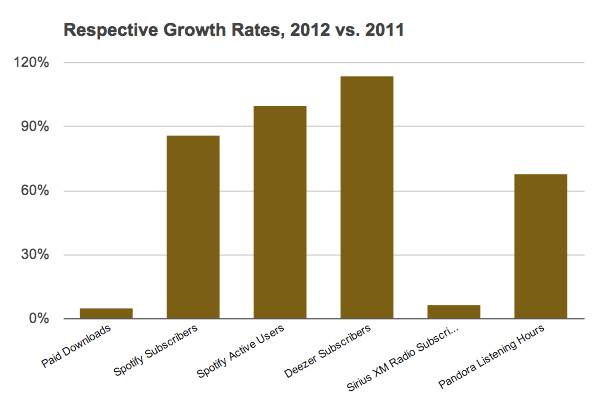 Paid download data according to Nielsen Soundscan, US-based, all other figures based on public company disclosures.  Spotify current subscriber figure estimated based on straightline growth trajectory.  And, here’s a complete breakdown of subscription subscriber levels.

Written while listening to Mozart’s “Sinfonia concertante for Violin, Viola and Orchestra in E Flat, K. 364.”