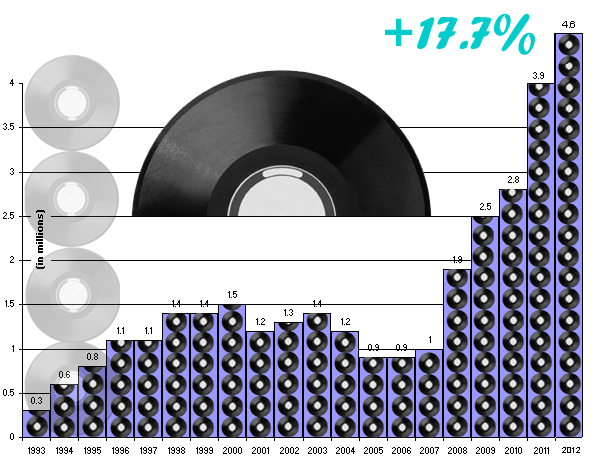 According to stats shared with Digital Music News by Nielsen Soundscan, sales of vinyl LPs hit another, modern-era record in 2012 with 4.6 million units.  Most are being sold at indie retailers, with a heavy lean towards rock.  Here’s the latest sales picture.