Over the Past Two Years, Streaming Subscriptions Have Quadrupled In the US…

Actually, more than quadrupled. Which is quite astounding considering that most Americans had no idea that Spotify or Muve even existed two years ago.  Muve Music was just getting started in early 2011, and Spotify crossed the Atlantic in July of the same year.  Fast-forward to 2013, and both have a collective subscriber group of about 2.3 million, with Rhapsody tossing an extra million into the pot.

Which means that paid subscribers have more than quadrupled over the past 24 months, a growth rate of roughly 340%.  Which looks like this, according to public disclosures by the companies. 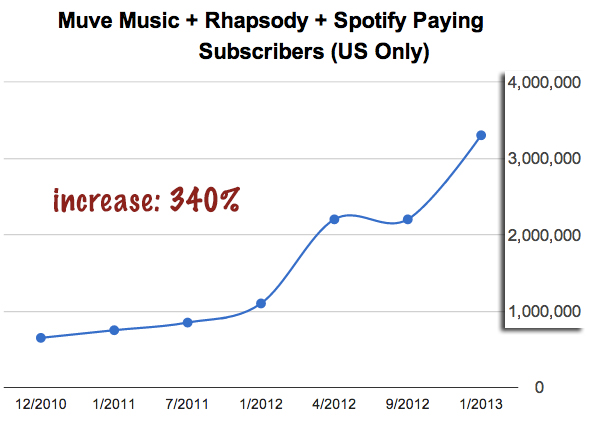 Of course, paid downloads from places like iTunes and Amazon are also increasing, though the idea that one is feeding the other is looking increasingly misguided. 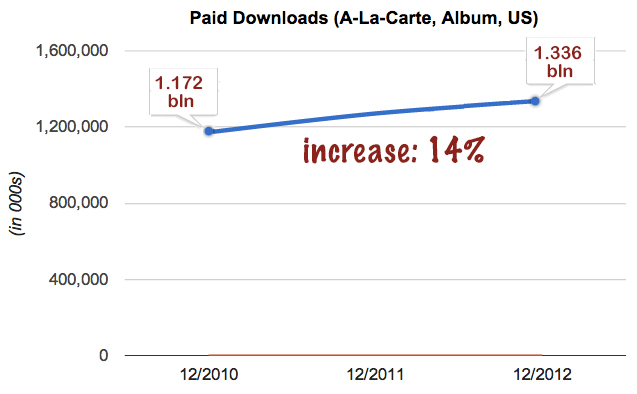