In the Last Year, Google Takedown Demands Have Increased 1,300%…

Let’s play a game: you make me play policeman on your website, and send you a takedown request every time I see an infringing link.  And I’ll try to drown you with an utter avalanche of takedown demands until you scream uncle under the looming threat of massive non-compliance. 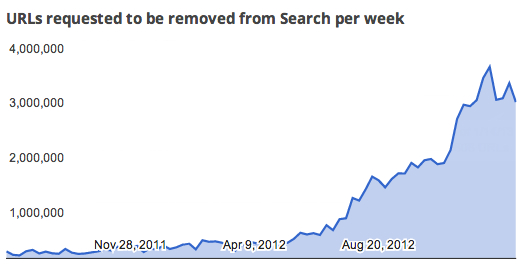 This could be a very interesting game indeed.  In the last year alone, DMCA takedown requests have surged 1,300% (and for the mathematically challenged, 100% = double).  In hard numbers, that’s the difference between 202,297 demands in mid-January of 2012 and 2,857,808 demands in the latest week.

So what happens next?  If anyone has the resources to handle huge DMCA takedown volumes, it would be Google.  But even this elephant is getting overloaded: just recently, Google legal director Fred von Lohmann publicly complained about an avalanche of demands.  And, actually started arguing against the very statute that makes it so easy for Google to house piracy in the first place.  “As policymakers evaluate how effective copyright laws are, they need to consider the collateral impact copyright regulation has on the flow of information online,” Lohmann kvetched.

This is all heading sharply northward.  A few weeks back, content owners forced more than 3.5 million takedowns in one week, an all-time high (just imagine what January, 2014 will look like).

And who’s bringing all that heat? 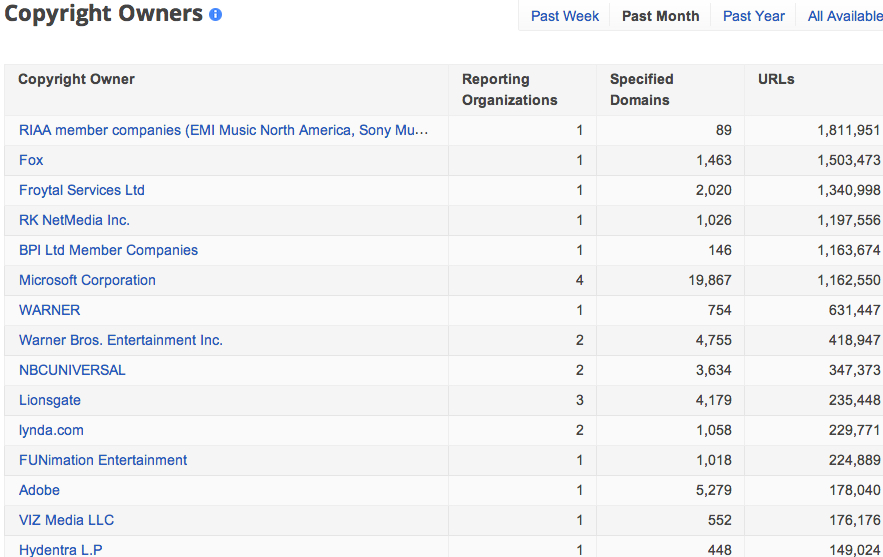