SXSW is being named as a growing culprit in this story, especially for American attendees (or absentees). But that’s just one of many problems, and there’s a pressing sense that Midem simply isn’t innovating enough, diversifying enough, or working up the guts to relocate.  Sort of like the industry Midem has served for decades.

Updated, Tues. 1/29: Midem officially says attendance was down 7% to 6,400 attendees.  By comparison, 2005 numbers were 9,230.
These are snapshots taken in front of the Palais de Festivals (where the conference is held) on Sunday afternoon at around 2:30 (the event started on Saturday). 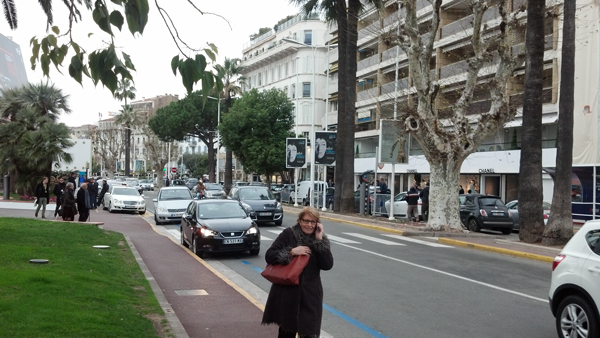 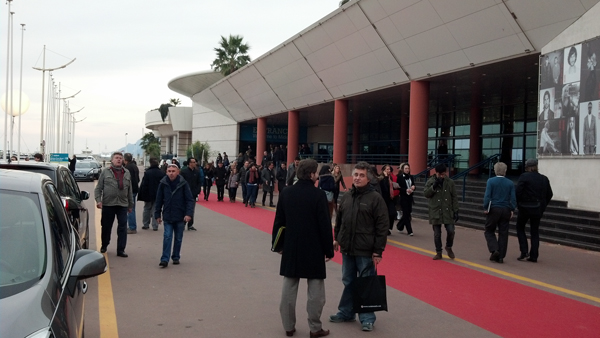 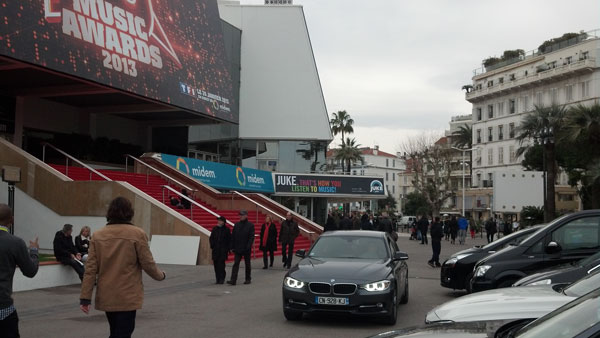 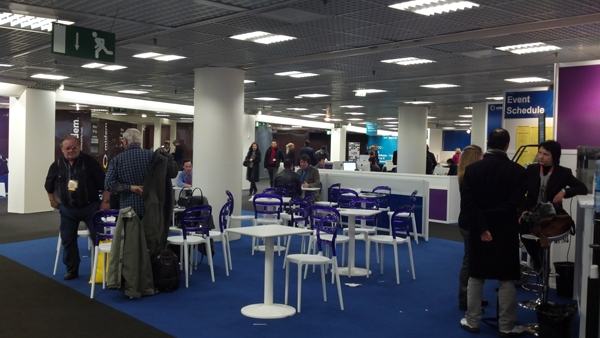 It’s an acute case of ‘under-attendance,’ as one longtime attendee remarked.  Actually, parties did a lot better, and frankly, offered a lot more entertainment and information.  But even with the parties, the trick was to host in smaller venues (with the exception of bigger hosts like Google).

Here’s a Sunday night event at Morrison’s, a recurring venue for lower-key, pub-style chats over a Guinness. 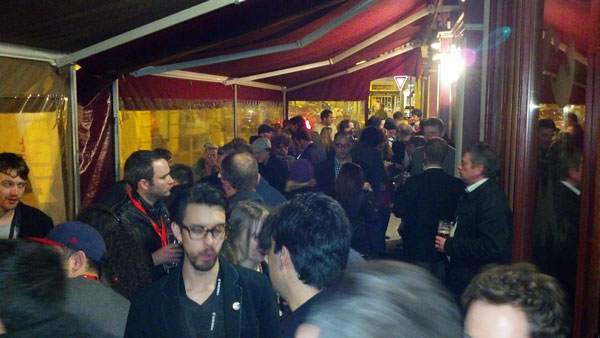 And the Google Play, YouTube party did quite well. 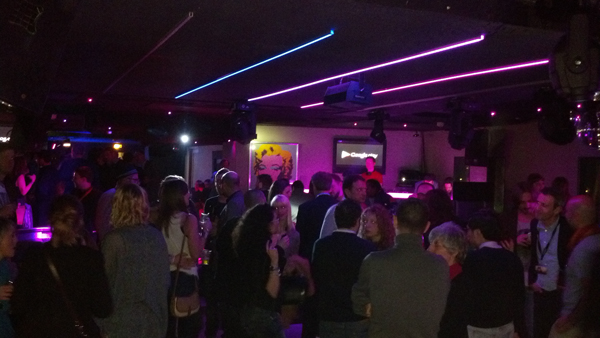 We missed the Orchard party, though a smaller soiree at the Carlton hosted by TAG Strategic founder Ted Cohen (among others) drew a decent crowd that included Larry Marcus (WaldenVC), Darryl Ballantyne (LyricFind), Vince Bannon (Getty Images), and Ian James (Mushroom Music Publishing), among others (incidentally, A2IM president Rich Bengloff almost plunged to his death from the balcony of that suite, another story entirely).

In general, posh standbys like the Carlton have also been hosting healthy crowds (night after night), though priciness is becoming a problem.  We heard of one moneyed duo draining a magnum-sized, $2,000 bottle of Cristal (the acquired company starts with a ‘G’), but for the most part, Cannes is simply out of reach: a simple bottle of beer (a Kronenbourg 1664, sort of like a Heineken) costs 11 euros, or nearly 15 American dollars.  If you want wifi with your beer in the Majestic down the street, it’s 15 euros.

There’s also a notable absence of big-name hitters, especially those hailing from the US.  Live Nation Labs leader Eric Garland has now blown this conference off twice in a row, and even longtime fixture Ian Rogers had to cancel at the last minute.  Others like Spotify CEO Daniel Ek and Universal Music Group president of global digital business Rob Wells are also absent, just to name a few.  We’re not even sure where our friendly rivals Hypebot are, though the UK-based Music Ally is in full force.

Which brings us to the next point: there seems to be a far stronger European mix this time around, which makes sense given the cost of cross-Atlantic travel.  Of course, Midem doesn’t want to digress into a regional pow-wow.

Yet, despite all this, there’s a strange upside for Midem survivors: excellent productivity and deal-making.  Most attendees are locked in meetings all day, and many seem happy with the deal discussions, focus, and general business climate.  Because for all the great BBQ and bands, the mob-scene at SXSW is ultimately great for partying and hanging out.  And, not so great for actually conducting business.