So the New MySpace told the indie label community to, well, go f–k themselves.  Which is part of the reason why Merlin, the global representative for some of the biggest indie labels in the world, is now trying to figure out how to make life even more difficult for this far-fetched relaunch.

At a hastily-arranged meeting with members of the media Monday morning at MIDEM, some of the biggest independent labels were on hand with a very firm message.  That included a redrafted ‘Manifesto’ related to the rights of indies, as well as a discussion of possible next steps.  “I was just in shock over this,” said Daniel Glass, owner of Glassnote Records (Mumford & Sons, Phoenix, Childish Gambino, etc.)  “This is a bad one. This is a real bad one.” 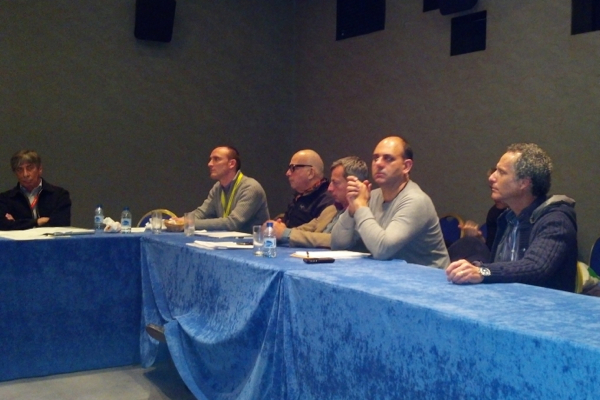 The problem is that in its latest reincarnation, Myspace has shown little willingness to license beyond the major labels.  Sounds like their choice, except that there’s tons of indie content already on the site, uploaded by users, and driving traffic and potential ad revenue for Myspace.  But instead of pursuing licensing for that content, Myspace has decided to force labels to pursue DMCA takedowns to remove their content.

Which is exactly the step that Glass is (reluctantly) willing to do.  “We thought this was going to be over in 12 hours,” Glassnote continued.

But are we talking takedown takedowns, or an overwhelming avalanche of takedowns?  The latter has become the enforcement strategy du jour for the RIAA member labels, which are leading the charge to deluge companies like Google with a near-unmanageable level of DMCA takedown demands (and for more on that game, go here).

But here’s where the DMCA avalanche game gets really interesting.  Because Wenham further noted that the RIAA’s deluge strategy is pushing pirate sites to focus more on indie content, where the DMCA takedown heat is lower.  That’s right, the RIAA’s little war tactic is actually causing a content shift among pirate sites, and it’s hurting the indies.

“They are moving towards safer harbors, we are seeing this grow rather quickly.”