Report: Roughly 6 Million Archived Recordings are Rotting As We Speak…

This is a pretty sobering report that comes from none other than the US Library of Congress.  And it reveals that a large percentage of America’s recorded music history has been destroyed, lost, or is simply deteriorating as we speak. “Radio broadcasts, music, interviews, historic speeches, field recordings, comedy records, author readings and other recordings have already been forever lost to the American people,” Librarian James H. Billington relayed. 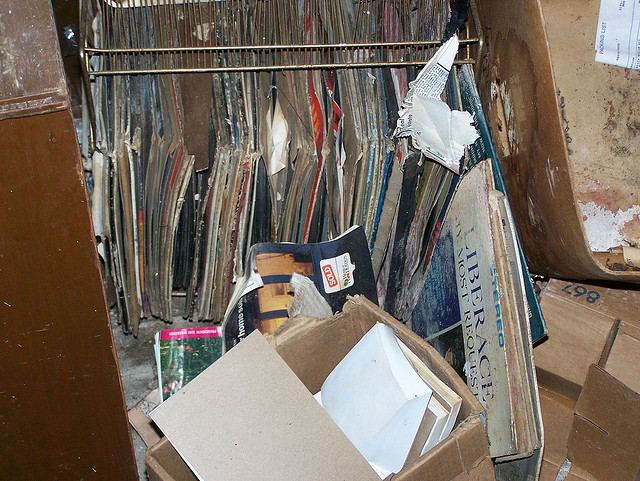 The Library’s National Recording Preservation Plan is the result of more than ten years of research, and uncovers some pretty stunning stats about our recorded legacy.  The report estimates that half of all titles issued on cylinder are simply gone, while pointing to the loss of major chunks of radio and recording industry history.

“The whereabouts of a wire recording made by the crew members of the Enola Gay from inside the plane as the atom bomb was dropped on Hiroshima are unknown. Many key recordings made by George Gershwin no longer survive. Recordings by Frank Sinatra, Judy Garland, and other top recording artists have been lost.”

The hard numbers clearly show a recording legacy under attack.  In one survey that canvassed 46 million historic recordings across libraries, archives, museums, and societies, about 6 million works were deemed to be “in need” or “in urgent need” of restoration.  On top of that, another 20 million are in an “unknown” state, suggesting a possible multiple of the 6 million figure.

When it comes to outright destruction or missing content, the reasons are varied.  ‘Acts of God’ like a fire at a studio or radio station, or the recent Hurricane Sandy only compound problems like limited budgets and theft.  But one of the largest culprits is US Copyright Law itself, which often handcuffs preservationists fearful of massive infringement penalties, even on stuff that is simply being left to rot.

Of particular focus are works created prior to February 15th, 1972, the date when copyright law was federalized.  Go past that date, and you’re dealing with a complicated patchwork of state laws, and often, ‘orphan works’ with unknown authors and origins.

“To complicate matters, state laws that prohibit unauthorized duplication of sound recordings make no provisions for duplication for preservation purposes by libraries or archives.”

This all but eliminates the chance of a commercial reproduction, which oftentimes builds the incentive to save a recording from oblivion.  But not if it belongs to someone else, even if the owner isn’t using it and will never use it.  “Many pre-1972 sound recordings will deteriorate long before 2067, the year in which they will enter the public domain under current federal law,” the report continues. “Sound recordings historically have been fixed on media that are much more fragile than many other types of copyrighted works.”

In terms of actions and recommendations, the National Recording Preservation Board has been earmarking important works to preserve.  For example, the recording of “I Have a Dream,” Abbot and Costello’s “Who’s on First?” and the last words of the Yahi language, spoken by the last remaining surviver of the Native American Yana tribe.

Beyond that, there are plenty of suggestions for posterity, including concerted efforts to aggregate recordings, create climate-controlled storage facilities, and release archived recordings for academic purposes.  But one of the most important recommendations is to federalize all pre-1972 recordings, a seductively simple solution to a very complicated issue.