How Low Can You Go: Will Fans Expect to Only Pay $1.99 for an Album in the Future?

Earlier this week, Digital Music News featured a report on illegal downloading, one in which “freeloaders” (as Chris Ruen calls them) said they’d pay for music if it was cheaper. Yet the price of music has decreased steadily for the past decade — but how low can it go?

The price of a download album is also in a downward spiral – largely accelerated by Amazon.

It started a few years ago, when Amazon put Lady Gaga’s album Born This Way for sale at 99 cents.  It still had to pay her label full wholesale price for all the records sold, to a tune of the tidy sum of $3.3 million, but apparently thought it was worth it to take business away from other retailers.

Billboard decided that sales of albums priced at less than $3.49 wouldn’t count towards their chart position – but only in their first four weeks of release. So Amazon made a habit of selling several eagerly awaited new albums for $3.49. 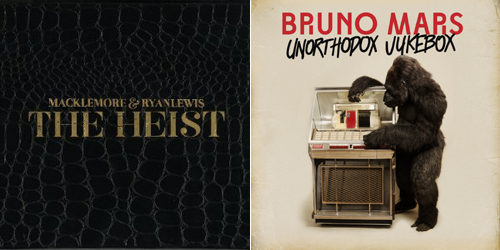 But recently, on Feb 26th, the digital retailer decided to offer a slew of albums for just $1.99 (less than what a single used to cost), including Bruno Mars’ latest album, Unorthodox Jukebox, and Macklemore & Ryan Lewis’ The Heist. As both albums had been out for more than four weeks, they promptly climbed up the Billboard 200 chart – Unorthodox Jukebox went to No. 1 and The Heist moved from No. 16 to No. 4.

It’s unclear if Amazon still had to pay the respective artists’ label the full wholesale price.  What is clear is that the frequency of these, possibly loss-leading, sales drive down the overall price that fans are prepared to pay.  Which, in turn, drives down the wholesale price labels are able to charge.

One could argue that Amazon setting the average price of popular CDs much lower than almost every other retailer, years ago, has also played a role in the 42% price drop ERA is now reporting.

With digital sales, the profit margin per sale is already miniscule. Yet the cost of developing, recording, launching and promoting a new artist – never mind the failure rate (which historically has been nine in 10) of artists that don’t break even – remains the same.

If the expected price of an album becomes $1.99, who will make that investment?

Written while listening to the hypnotic, pulsating beat of Aliyah by Katie B feat. Jessie Ware – a 21st century Joleen set in a club, with Katie crying: “Aliyah, please, this is green envy.”