But brands have no control over where their ads appear, right?  Let’s see about that: in Spain, a new law may require advertisers to get control and stop advertising on pirate sites or face serious fines.  Which could dramatically change this discussion, not just in Spain but also the world. 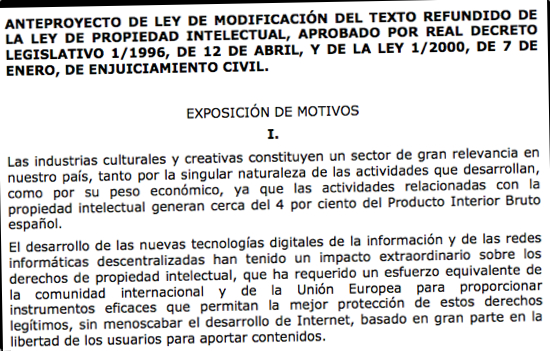 The crackdown on advertising would also include payment processing companies, both of whom are generally the lifeblood of sites that broker in free MP3s (and other unauthorized content).  And that’s just one component of a serious anti-piracy bill and Copyright Law overhaul now being proposed, with Education and Culture Minister Jose Ignacio Wert spearheading the initiative.

This is a plan designed to economically strangle infringing websites, in some cases, overnight.  “This is about a philosophy of going after large-scale distributors of infringing content,” Wert stated. 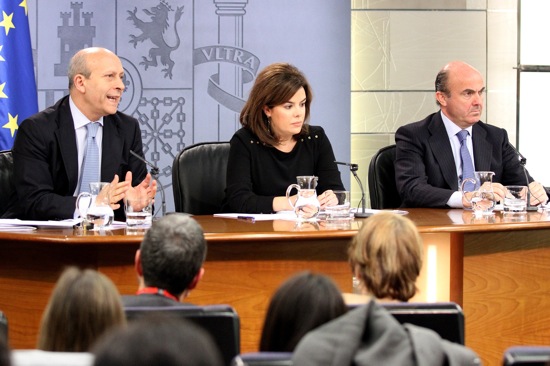 The bill is about to get tossed into the Spanish political lion pit, one that includes lots of public and private debates, special interest lobbying, and circuitous Parliamentary reviews (just like your favorite country).  But this is also a matter of global diplomacy, thanks to an imposing and unhappy United States Trade Representative.  The reason for the agitated frustration is that Spain’s piracy profile has been abysmal for more than a decade, especially for an industrialized (and European) country.  This is a situation that led to threats of blacklists and broader trade sanctions last year, specifically from the International Intellectual Property Alliance (IIPA).

Which brings us to a proposal designed to right some previous wrongs.  The proposed fines would fall between 30,000 and 300,000 euros ($389,000), according to the initial drafts.  It would also force infringing sites to erase entire catalogs of infringing content, instead of trudging through piles of one-off takedown demands.

Other aspects of the overhaul include greater oversight and transparency of collection societies, as well as a total re-examination of file-sharing laws.  Currently, rightsholders are compensated for rampant file-swapping through levies on physical, blank media formats.  But the proposed version could seek to completely outlaw file-swapping of unauthorized content, including from infringing sites.