If Streaming Is the Future, Songwriters Are In Deep Trouble…

Two of the top three countries, when it comes to revenue from recorded music, have just reported the figures for last year. US revenue is down by 0.9% and Germany’s is down by 3.2%, as none of the countries has seen digital revenue growth offset the loss in physical sales.

If Deezer CEO Axel Dauchez is right and “we see the end of music downloads as coming this year,” then musicians are truly in trouble – and songwriters perhaps even more so, as they pretty much solely rely on revenue from recorded music to make a living. 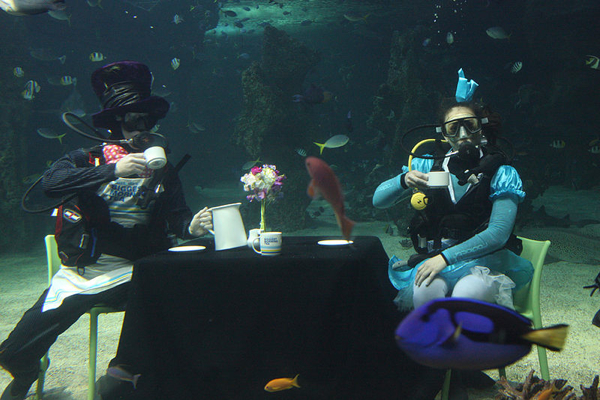 This past week the latest songwriter royalty statements arrived and, after looking at them, streaming certainly doesn’t look like a saviour to us.  It’s of course difficult to make a snap conclusion by looking at individual statements – my own statements tend to fluctuate somewhat according to how many songs I had out the previous year and how well they did – but the shares different usages represent tend to remain the same.  And when I compare them with fellow songwriters I can tell they’re pretty much representative for all.  So let me give you a peak at what I see.

I receive four statements a year from my collection society/PRO, Sweden’s STIM, and two a year from the publisher that owns most of my catalogue, Universal.  In the past year the revenue I’ve earned via STIM is 7-8 times as much as what I get from Universal, so let’s focus on the STIM ones.

Sweden has been in the forefront of the streaming revolution. During the first half of 2012 streaming represented 89% of all digital music sales in the country.

Yet, considering that around 10% of the entire population subscribes to a streaming service (mainly Spotify), it’s perhaps surprising that digital music still only accounts for 63.5% of overall music sales.

When the head of Universal Music Sweden (the record label arm), Per Sundin, announced “our artists get significant revenues from Spotify, which is our biggest income source for Sweden”, many of my fellow Swedish songwriters wondered why they couldn’t see such “significant” revenues from the streaming service themselves.

STIM’s royalty statement summaries now separate Spotify income from all other revenue, and on my latest statement it still only represented 4.3% of all my royalties.  Matter of fact, in the previous quarter one of my songs earned £1,500 from Italian “disco” (which I can only assume is club play) alone, while it earned £9 from Spotify streams worldwide.  Thank God for those Italian clubbers and DJs, I say.

Admittedly, my royalty statements cover both local and international income, and the Italian figure was a bit of an anomaly. My music may also just be more popular outside of Sweden, but other songwriters report similar percentages.

I’m of an optimistic nature, as well as a Spotify subscriber, and I would really love to believe that streaming income could somehow offset the loss of income from physical sales and downloads. According to the latest figures only 3.4m Americans pay for on-demand music services – only 1% of the population – so there’s room for growth.

But I worry that if it grew to the 10% level that Sweden is enjoying, it would lead to an overall drop in royalties for music creators.

After all, there are signs that streaming is, indeed, cannibalising downloads. As streaming subscriptions increased in Sweden, download revenue fell by 14%.  Meanwhile digital downloads declined for the first time ever in the US, year-on-year, in the first quarter of 2013.

And let’s not even talk about the elephant in the room – YouTube. Despite recently reporting a billion monthly users, songwriters earn virtually nothing from it.  Let’s just hope Dauchez is wrong.