Dear Madonna, Go F**k Yourself. Sincerely, the Country of Malawi…

Most have never heard of Malawi, a small, impoverished nation in southeast Africa. But not only has Madonna adopted two children from the country, she’s also spent millions building schools in the region.  So why is this country saying, ‘no thanks‘?  Here’s an official statement from the Malawian government following Madonna’s recent visit to the country. 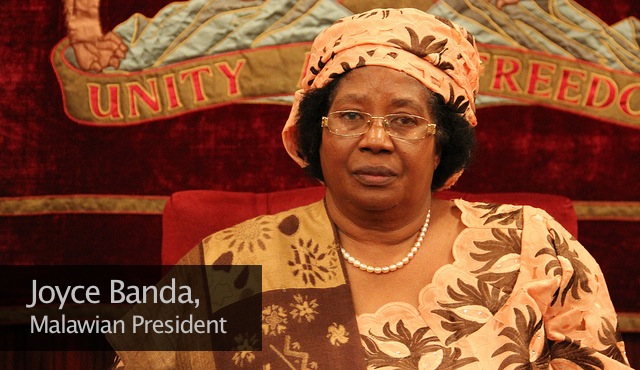 Claims and misgivings have been expressed by Pop Star, Madonna and her agents, against the Malawi Government and its leadership for not giving her the attention and courtesy that she thinks she merits and deserves during her recent trip to Malawi.

According to the claims, Madonna feels that the Malawi Government and its leadership should have abandoned everything and attended to her because she believes she is a music star turned benefactor who is doing Malawi good.

Besides, in the feeling of Madonna, the Malawi Government and its leadership should have rolled out a red carpet and blast the 21-gun salute in her honour because she believes that as a musician, the whiff of whose repute flies across international boundaries, she automatically is candidate for VVIP treatment.

For not receiving the attention and the graces that she believes she deserved, Madonna believes someone, not lesser in disposition than the President’s sister, Mrs. Anjimile Mtila-Oponyo, has been pulling the strings against her following their earlier fallout bordering on a labour dispute.

1. Neither the President nor any official in her government denied Madonna any attention or courtesy during her recent visit to Malawi because as far as the administration is concerned there is no defined attention and courtesy that must be followed in respect of her.

2.  In any case, even if the defined parameters of attention and courtesy existed in respect of Madonna, the liberties of discretion to give or not to give that attention or courtesy would ordinarily and naturally remain the preserve of the host.

Attention or courtesy is never demanded.

3. Granted, Madonna has adopted two children from Malawi. According to the record, this gesture was humanitarian and of her accord.  It, therefore, comes across as strange and depressing that for a humanitarian act, prompted only by her, Madonna wants Malawi to be forever chained to the obligation of gratitude.

Kindness, as far as its ordinary meaning is concerned, is free and anonymous.  If it can’t be free and silent, it is not kindness; it is something else.  Blackmail is the closest it becomes.

4.  Granted, Madonna is a famed international musician. But that does not impose an injunction of obligation on any government under whose territory Madonna finds herself, including Malawi, to give her state treatment.  As stated earlier in this statement, such treatment, even if she deserved it, is discretionary not obligatory.

5.  It should be put on record that Madonna did not come to Malawi at the invitation of the President nor her government.

In other words, she was neither the guest of the President nor of her government.

6.  For all that is known, she came to Malawi like any other visitor that feels like coming to Malawi.  Such visitors don’t have to meet with the President and are never amenable to state attention or graces.

7.  If the argument is that because she is an internationally renowned star, and, therefore, Madonna believes she deserved to be treated differently from other visiting foreigners, it is worth making her aware that Malawi has hosted many international stars, including Chuck Norris, Bono, David James, Rio Ferdinand and Gary Neville who have never demanded state attention or decorum despite their equally dazzling stature.

8.  Among the many things that Madonna needs to learn as a matter of urgency is the decency of telling the truth.

For her to tell the whole world that she is building schools in Malawi when she has actually only contributed to the construction of classrooms is not compatible with manners of someone who thinks she deserves to be revered with state grandeur. The difference between a school and a class room should be the most obvious thing for a person demanding state courtesy to decipher.

9. For her to accuse Mrs. Oponyo for indiscretions that have clearly arisen from her personal frustrations that her ego has not been massaged by the state is uncouth.

It speaks volumes of a musician who desperately thinks she must generate recognition by bullying state officials instead of playing decent music on the stage.

10. For all that is known, Mrs. Oponyo has never been responsible for arranging state meetings with foreigners who are looking for those meetings.  If Madonna was indeed a VVIP and a regular guest of State Governments as she wants to be seen and treated, she would have been familiar with procedures that have to be followed to get such meetings.  They don’t happen by simply sneaking into a country whose President and Government you scarcely desire to meet.

11. Even if Madonna followed the procedures to have her meetings with the President or government officials, the administration reserved all its rights to grant the meetings or not.

It must be noted that the President, Her Excellency Dr. Joyce Banda and her Government are ready to welcome any philanthropist seeking to assist in improving the welfare of the people of Malawi knowing that Her Excellency, herself, is a known philanthropist.  However, acts of kindness must always remain as such; they must not smack of blackmail.

In addition, let philanthropists not hold to ransom the President and any official of her Government because they showed some kindness to any Malawian.