The situation at Grooveshark may be more desperate than we originally thought.  In a just-published piece in Mashable, CEO Sam Tarantino detailed a fairly brutal situation at the company, one that involves heavy layoffs, a scrappy reduction in office space, and survival salaries.

“We all don’t get paid a lot,” Tarantino flatly admitted.

Of course, ‘broke’ generally translates to ‘no money,’ though Tarantino still pulls a modest $60,000 annual salary (according to the interview).  So maybe it’s all relative: $60,000 is great for a working musician, but ‘broke’ by Tarantino’s standards.  But the bigger story at Grooveshark is looking bleak: Tarantino chopped his staff from 145 to 60 last year, and winnowed the office space to small operations in New York and ‘a cheap town in Florida’ (ie, Gainesville). 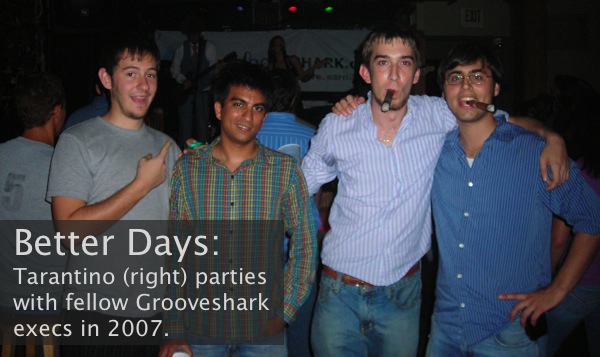 The tale of penury contrasts sharply with an extremely expensive legal defense.  That includes an ongoing attack on Digital Music News: earlier this month, Grooveshark shuttled attorney John Rosenberg to conduct a deposition against DMN in Washington, DC, with thousands in billable hours for the one-day affair.

That pales in comparison to expenses spent fighting all three major labels.  According to one research report, these types of major label legal battles ramp towards $150,000 a month; all part of a legal war of attrition that could be won on the finances — not the merits.