When’s the next ‘Napster Moment’?

You know, that out-of-the-blue technology that shocks the industry, dismantles our carefully-crafted business models once again, and plunges everything into a second freefall?  Well, the answer may be never, simply because consumers don’t want or need another Napster.  The music has already been devalued beyond repair, the bundle’s been destroyed, and access is already as unfettered as it’s gonna be. 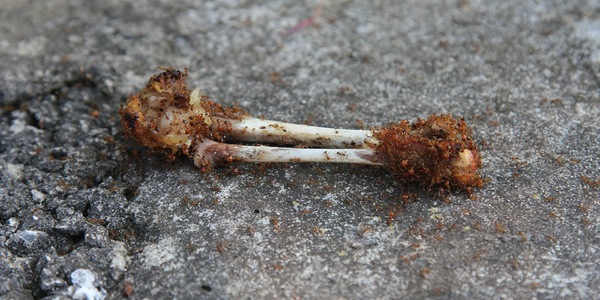 You see, there aren’t any more fan freedoms to be won.  Napster no.1 did the job, the first time.  So welcome to the extremely scary future — the one you’re living in, right now.

Scary Reality #1.  Kids these days? They don’t even want to steal music anymore.

The older brother downloaded from Napster, Kazaa, BitTorrent.  The younger brother is on YouTube, where it’s all legit.  Some wonder if there’s any difference.

This is something Spotify understands extremely well.  It’s the reason why they’ve permanently expanded the limits on free listening, why they’re lobbying for freemium on mobile devices.  Why they refuse to get hobbled by a Rhapsody-style paywall, and why their entire financial model is a house of cards.

Because most consumers won’t pay, simply because don’t have to.  And if they do take the upsell, they’re doing us a favor, in their minds and ours.

And if you don’t pay?  No big deal, you can sit in coach class, on Spotify, YouTube, or iTunes.  The plane still takes off and takes you to your destination.  That’s not true for most other discretionary consumer goods, like lattes, cable, or beer.

Scary Reality #3.  The law ensures that #2 will remain a reality.

If the recording hasn’t been driven down to $0, it’s hovering just above it.  And you can partly thank Congress, copyright law, and an extremely powerful tech lobby for that.  Sure, Universal Music Group just won an important victory in New York State, one that could theoretically dismantle the DMCA as we know it.  And Congress, prodded by Hollywood, is taking a hard look at a very dysfunctional copyright system.

But right now, the law drastically favors companies like Google, while leaving the door open to loophole plays like Grooveshark.  Even the biggest media companies can’t issue enough takedown notices to combat that reality.

Scary Reality #4: A large majority of music listening is free.  And it’s happening on YouTube.

The dominance is shocking (and here’s the proof).  This is the reason why ‘YouTube Music’ — or whatever YouTube’s cleaned-up subscription service will be called — is a massive problem for Spotify, Deezer, Muve, et. al.  Because an unbelievably large percentage of music consumption is already happening on YouTube, often with video ignored.

Scary Reality #5: Spotify, and others like it, are still trying to emulate the original Napster from 1999.

Sean Parker still talks about ‘finishing what he started,’ ie, creating a service that offers every song, remix, and video released.  And, truly gives fans exactly what they want, when they want it.  Because for all the lessons learned from Napster, most of the subsequent changes were forced, not embraced.  But that’s another story, entirely.

Written while listening to araabMUZIK’s latest, For Professional Use Only.  Image by Tilemahos Efthimiadis, licensed under Creative Commons Attribution ShareAlike 2.0 Generic (CC BY-SA 2.0).