13 Years Later, An Artist Gets the Courage to Protest Piracy…

It’s been a long, strange journey, but we’re finally seeing artists getting comfortable speaking out against piracy, and asking their fans to pay.  That includes Suffocation guitarist Guy Marchais, who filmed himself walking into an f.y.e. and buying his own CD just to make a point. 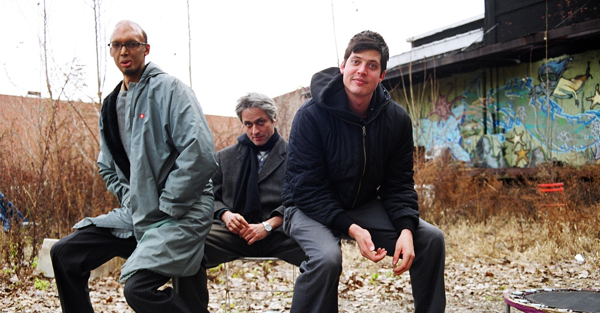 That sort of stand became unthinkable back around 2000, when Metallica got burned for publicly protesting Napster.  Fast forward to 2013, and others are also building up the courage.  That includes Marc Ribot of the group Ceramic Dog, whose album, Your Turn, came out this week.  The first track, “Masters of the Internet”  (ironically offered as a free MP3 on SPIN), is a furious rant against free culture.

“Download this music for free!
We like it when you do!
We don’t have homes or families to feed!”

“Our labor has no value!

Content is our name!
We are nothing but material fed into a machine to feed the Masters of the Internet!”

A number of people have asked us what’s up with Masters of the Internet.  Do we hate our fans?  Are we Luddites?  Well, no and no.  Here’s what we think: We don’t really expect much from asking people who are downloading stuff for free to voluntaristically pay up — although, yeah, we could use that dollar right about now, and we support Trichordist’s Principles for an Ethical and Sustainable Internet.

We don’t know what the ultimate solution is — but we know it isn’t the impoverishment of musicians and defunding music.  And we know it isn’t pretending that no-one is being hurt.  Corporations are making huge profits from the ads on ‘free’ sites, from selling the hard and software that make illegal downloading possible.

They need to give back a portion of their billions to the people who do the work: hey, we love our tech toys too, but an empty i-Pod is just a crappy paper-weight.  Giving us back part of the value we create would make a real FREE culture possible — one where fans get what they need, AND creative community workers get paid. Bread and Roses, baby!