Which also means, every time someone like Spotify enters a new market, BitTorrent traffic also declines.  Actually, that also goes for other forms of piracy, including P2P, and there’s research to back that up. 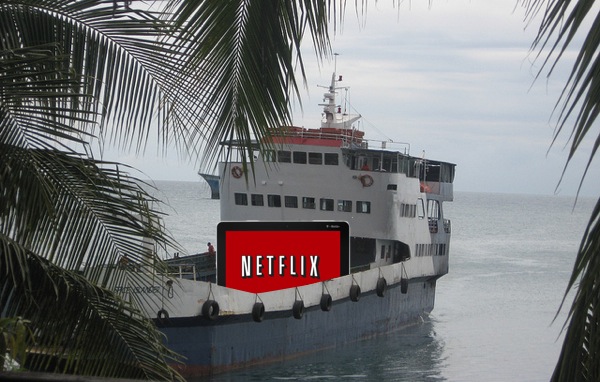 Sounds pretty simple: affordable, legal alternatives reduce piracy, but that isn’t necessarily the case for iTunes.  Now, there’s more evidence that streaming deters.  Just recently, Netflix chief content officer Ted Sarandos had this to say about his company’s impact on BitTorrent sharing levels in fresh markets.  “One of the things is we get ISPs to publicize their connection speeds,” Sarandos toldStuff.tv.

“And when we launch in a territory the BitTorrent traffic drops as the Netflix traffic grows.”

The music industry is further along on this piracy shift, especially with massive migrations to YouTube.  But the far more difficult question, specifically from the artist and content owner perspective, is whether any of this matters financially.  Spotify – or YouTube, or Rdio, or Rhapsody, or Muve Music – may be legitimate, but the overall payouts are still peanuts (and close to zero).  Just like BitTorrent, and just like P2P.

But why do fans steal so much?  Executives like Sarandos often frame these developments in moralistic terms, though it’s unclear if the average user, well, gives a crap about theft and artist welfare in the end.  Sarandos disagrees: “So I think people do want a great experience and they want access – people are mostly honest.”

Written while listening to a panel at Musexpo in Los Angeles (if you’re here, say hi!)