Sony/ATV, the Publisher, Wants the Same Royalty Rate as Sony Music, the Label…

The planned June launch of Apple’s streaming service is set to be delayed because Sony Music, the record label, and Sony/ATV, its publishing arm, are holding out for better deals.  Sources have told the New York Post that the other major labels are peeved about it, but there’s no word on what the other major publishers think.

Chances are they couldn’t care less, if previous streaming deals are anything to go by.  The amount they’d be getting from Apple is mostly negligible.

While the royalty rate songwriters get for airplay in Europe is largely on par with what the labels/artists get, the labels get more than 12 times what songwriters get per stream on Pandora.  Still, Pandora is taking ASCAP to court in order to lower the rates even more.

That’s why Sony/ATV, with the other major publishers hot on its heels, pulled out of the performing rights organisations at the beginning of the year, in regards to digital licensing.  While ASCAP and BMI are bound by a consent decree with the US Department of Justice that prohibits them from withholding rights to their catalogues, a freestanding publisher such as Sony/ATV is free to negotiate as it sees fit.

As a result Sony/ATV reportedly managed to increase its Pandora rate by 25 percent earlier this year. And now its boss, Marty Bandier, is looking to up the rates till they’re on par with the performers’ share, starting with Apple’s streaming service – and why not?

How can labels in the US go from accepting nothing for terrestrial radio airplay – for which songwriters do get royalties, albeit much less than what they get for UK airplay – to over 12 times what songwriters get for online radio?

According to a Post source, Bandier is even willing to accept getting a fifth of what the labels get from Apple, as a first step toward his goal. The only reason Sony/ATV is the only major publisher to kick up a fuss is because the other major publishers are largely under the thumb of their respective record labels. Sony/ATV, on the other hand, operates completely separately due to the publisher being partly owned by ATV. 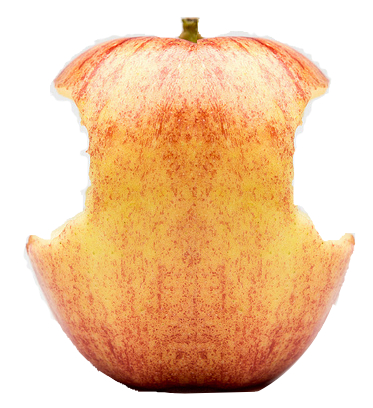 At an IFPI press conference about the cost of launching an artist, back in 2010, one major label executive exclaimed that all the investment in the world couldn’t make an act succeed if it didn’t have a great song.  Yet, that same year, the record labels took the side of Danish music subscription service TDC against songwriters and publishers when the songwriters tried to hold on to their 40% share of “the royalty pie“.

It’s true that songwriters rely on performers to interpret their songs and for labels to promote them, but performers and labels are as reliant on songwriters for hit songs – and being a hit songwriter is a fulltime job. Guy Chambers once said he had written more than 1,000 songs in the past 15 years, of which 21 ranked in the UK top 10 – that’s one hit for every 47 songs, and a pretty common strike rate for a successful writer.

Instead of complaining that Sony/ATV is being unreasonable, labels need to work with the publishers to agree on a fairer split of “the revenue pie”. Then publishers could join the fight for performers and labels to get royalties for airplay on terrestrial radio in the US.

Written while listening to “No One Will Ever Love You” – written by Steve McEwan and John Paul White, performed by Connie Britton and Charles Esten.