7 Reasons Why Artists Should Skip a BitTorrent ‘Media Partnership’

Lately, BitTorrent, Inc. has made a concerted effort to appear “legit”, courting both artists and their managers.  It’s even managed to become a “tech partner” of the UK Music Managers Forum.  But is partnering with BitTorrent – and its uTorrent client – really a good idea for artists? 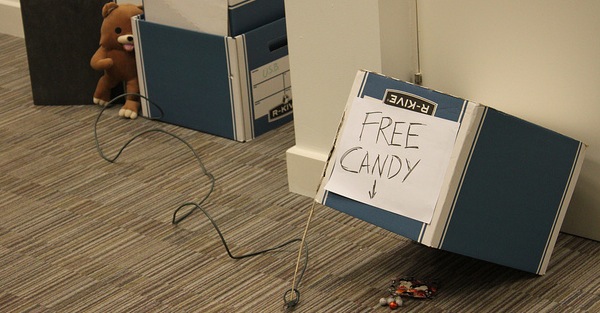 Here are seven reasons that should make them think twice:

1. Artists that decide to use BitTorrent need to make sure they own 100% of the material.

If they use outside songwriters, producers – or the funding of a record label – they need the permission of those people to do it.

“How Artists Who Support “Piracy” Can Avoid Looking Like Hypocrites”

BitTorrent Inc has launched “BitTorrent Bundles”. This involves users being able to download a torrent with a few freebies – but what makes it “advantageous” for artists, according to BitTorrent, is that if they hand over their email addresses they get access to more stuff.

Getting people to give up their email addresses is never easy, but we suspect people who use BitTorrent are even less likely to want to do so, as anonymity is one of the perks they value.  But even if they, by any luck, agreed to give it up, email bombing has proved to be a pretty inefficient way of promoting a band that people aren’t already fans of.

3. BitTorrent Bundles’ “paywall” is not much of a wall at all.

According to TorrentFreak, the premium torrents appear to be just regular torrent files. There’s no DRM or other technical restrictions involved that could prevent users from “sharing” the premium content as they wish, across the internet.  Even the company itself says it simply “expects people to do the right thing”.

However, it’s worth pondering why people who want to “do the right thing” would be using a “service” where over 99% of the content is thought to be infringing.

BitTorrent’s clients, such as uTorrent is not as efficient as most legal ways of downloading, hence why even experienced BitTorrent users don’t bother with uTorrent unless they want to use it for infringement. Its clunkiness is perhaps also why major licensed music download sites, such as iTunes and Amazon don’t rely on it.

5. BitTorrent is inefficient as a discovery tool.

P2P file-sharing systems are inefficient means of disseminating any form of content that has not already been made extremely popular by other means.  A Limewire developer put it this way, when speaking about BitTorrent and LimeWire: “Here’s modern P2P’s dirty little secret: It’s actually horrible at rare stuff.”

That’s why the popular content on BitTorrent is mainly top 40 stuff.

6. How useful has partnering with BitTorrent really been for acts such as Counting Crows?

All musicians have heard the slogan “it’s promotional” more times than they can count, from people wanting to take advantage of them – and BitTorrent is no exception.  But apart from the attention the acts using it get from numerous tech sites announcing it as an “innovative” way to promote artists, there’s little proof that it has lead to success they would otherwise not have seen.  There are even rumours that users are “tricked” into clicking the software that includes music by acts such as Pretty Lights and Counting Crows in order for it to count as a “download” for those artists.

7. Do you really want to try to exploit the mass piracy of other artists’ works for your own perceived gain?

BitTorrent is used almost exclusively for piracy – matter of fact, only 0.3% of files on it could be confirmed to be legal.  Artists who choose to adopt BitTorrent as their “media partner” would, in effect, be trying to exploit for their own gain the mass piracy of the works of other creators.  It’s a moral dilemma some artists may find difficult.

It can be argued that having your music on services such as Pandora and Spotify is much more useful as a discovery tool. While torrents rely on users to search for the music they want, Pandora’s famous algorithm will suggest acts that are similar to those you already like – and Spotify is constantly evolving its discovery tools, including playlists by “trusted filters”.

And all the music those services feature is licensed – an attractive perk for fans that want to, er, “do the right thing”.