Google Declares: We Can Find the Pirates, We Can Report Them to the Authorities…

In a recent interview with the Hollywood Reporter, Google executive chairman Eric Schmidt had some advice for those who want to protect their creative output from unlicensed exploitation: follow the money. 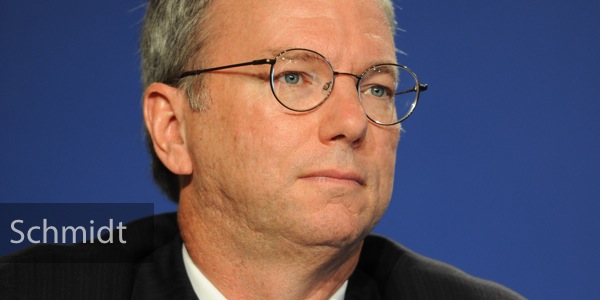 When asked if copyright can work as a shared responsibility, he replied: “Follow the money. If people are making money by stealing copyright, we can find them because the money has to go somewhere.  If you just randomly copy something just because you’re a jerk, it’s not going to be a big deal.

“But if you’re a company that sets up to steal information, which is highly illegal, we can find the money, and we can report you to the authorities.”

Hmm…  who is this “we” Schmidt is referring to?  Google?  When has Google ever reported anyone to the authorities for copyright infringement?  Is it going to start doing so now?

Google’s UK policy manager, Theo Bertram, didn’t get Schmidt’s memo.  Taking part in a debate on ad-funded piracy this past week, along with the UK public policy manager of the Internet Advertising Bureau and David Lowery, Bertram declared:

“It’s not Google’s job to go around the web to declare whether sites are legal or illegal, but if Coca-Cola comes to us and says ‘here’s a list of 500 dynamic sites, and we don’t want you to place ads on those…’ that’s a slightly different thing.“

Bertram and the IAB told the audience how difficult it is to prevent the ads of major brands from ending up next to infringing content, due to the complexity of the “internet advertising ecosystem” and its intermediaries.  So, Lowery asked, how come you never ever see a Coca-Cola ad on these sites?

So let’s recap: if you set up a company with the aim to steal ‘information,’ Google can find the money and report you to the authorities – yet it’s not Google’s job to declare what’s legal or illegal.  Besides, it’s incredibly difficult to prevent ads of major brands to end up on pirate sites – except if the brands themselves give Google a list of “undesirable sites”.

Then Google somehow manages to do it.