Spotify Responds: These Aren’t iTunes ‘Exclusives,’ They Are ‘Promotions’…

Daft Punk’s latest album was streaming on iTunes a week before it hit Spotify.  Others, like Queens of the Stone Age, were also on iTunes first. So isn’t that an ‘exclusive‘?

Not according to Spotify… 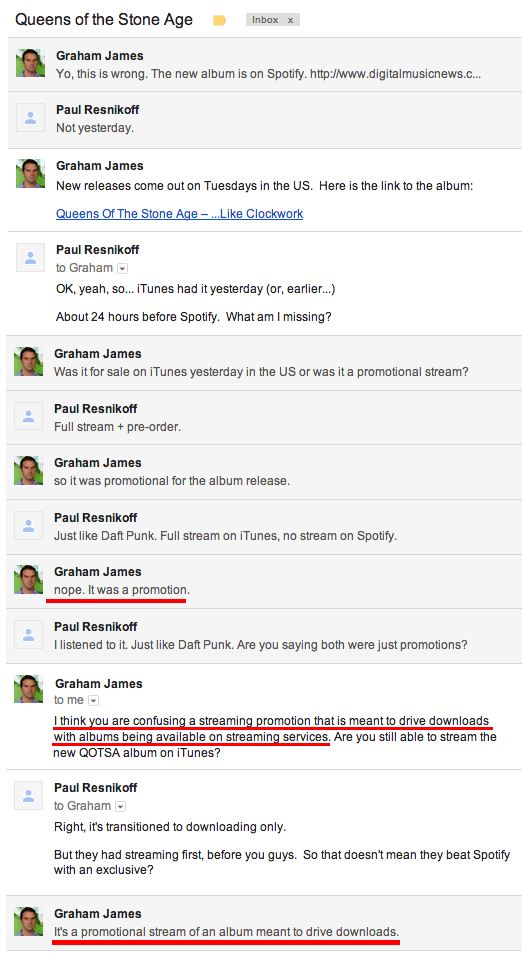