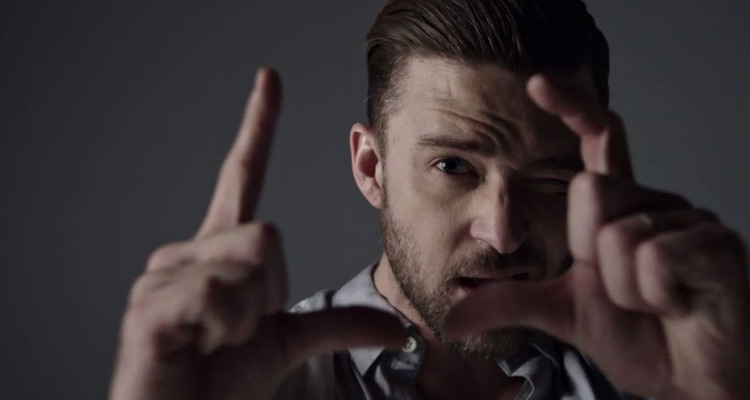 When Justin Timberlake premiered the video for his new single, ‘Tunnel Vision,’ it was quickly yanked from YouTube for violating explicit content policies.

The NSFW video could be described as a virtual tit-fest, with endless shots of naked and topless, pouting, female models writhing like lap dancers in mood lighting.

A few days later the video is back on the site. Why?

“While our guidelines generally prohibit nudity, we make exceptions when it is presented in an educational, documentary or artistic context, and take care to add appropriate warnings and age restrictions,” a YouTube representative said in a statement, via E! Online.


As ‘Tunnel Vision’ can hardly be considered a documentary or particularly educational (unless you’re a pre-teen boy, perhaps), whoever makes these YouTube decisions thinks it’s artistic.  Which begs the question: why is this video “artistic” while Robin Thicke’s controversial ‘Blurred Lines‘ is deemed too explicit to be viewed by YouTube users?

After all, both videos feature semi-naked models – in Tunnel Vision’s case, fully nude ones, as well – while all the males are fully clothed.

Being from Sweden, I don’t necessarily consider showing female naked bodies “dirty”, sexy – or even sexist. The difference is if it’s exploitative, objectifying and/or degrading to women.  So let’s examine the evidence:

‘Blurred Lines’ feature young female models prancing around middle-aged Thicke, Pharrell Williams and T.I., pretend-playing a banjo, using an exercise bike and, er, holding a goat.  The difference between the “clean” and the “explicit” version is, basically, that all these actions are performed topless.  The girls’ expressionless eyes look so dead, they almost look drugged, while the suited-up men ogle them.  At one point Thicke is even about to push a giant surgical needle into the bare behind of one of them.

Meanwhile, it appears that Timberlake is trying to out-do Thicke in the nudity department.  Perhaps he saw ‘Blurred Lines’ shoot to the top of the charts and thought “this boob thing works”. Having a video banned creates controversy, yet it doesn’t prevent it from being accessible to all, as Vevo doesn’t seem to have the same guidelines as YouTube (posting an age restriction only makes it more attractive to young boys).

What makes ‘Tunnel Vision’ artistic and ‘Blurred Lines’ not?  That there’s back lighting in ‘Tunnel Vision’? That Timberlake’s face is projected onto these naked women’s breasts? That, unlike Thicke and co., he’s not touching them? I don’t get it. They’re both like the old-school car shows where women in bikinis draped themselves over cars to help sell them – only in these videos topless/naked women are objects used to peddle records.

And that’s what puzzles me even more. Not only are these artists old enough to know better, and young enough to not be acting like dirty old perverts – aren’t the biggest consumers of pop music girls, young women and gay men?

Bearing this in mind, shouldn’t Thicke and Timberlake have been naked – or at least topless? Then we could see if Thicke’s claim that he has a big dick is true or not.

Judging by the reaction of a friend’s 14-year-old daughter to Thicke’s video – “what the fuck is this garbage?!” – it’s clearly not geared towards her demographic.  Perhaps the Daily Mash’s joking article on the subject holds more than a seed of truth: pop music is now aimed at middle-aged perverts.