Almost half of all Britons listened to illegally downloaded music last month, according to a new survey by music streaming serviceBloom.fm – and 84% of those questioned said that £120 a year for a premium streaming subscription (the typical cost charged by services such as Spotify and Deezer) is too expensive. 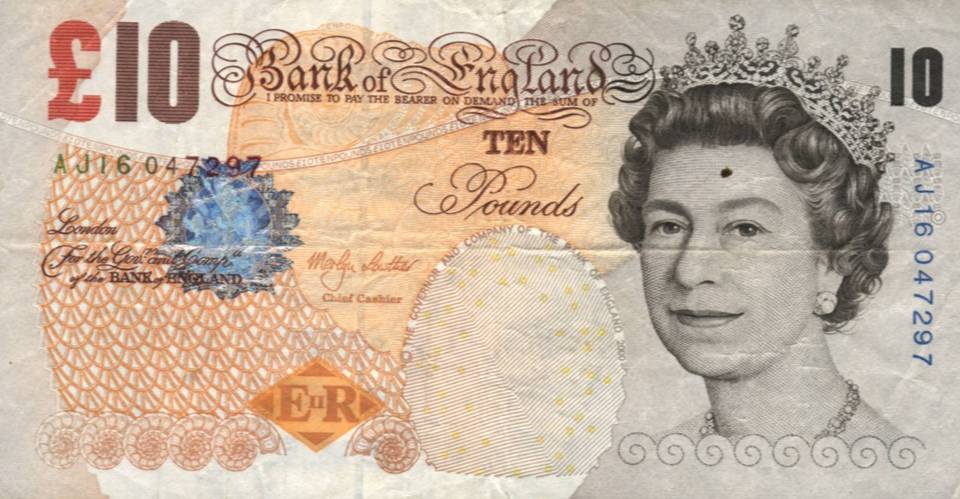 When asked if they had acquired music from an illegal online service, 49% admitted to do doing so. Those who did were also less likely to use legal music services. 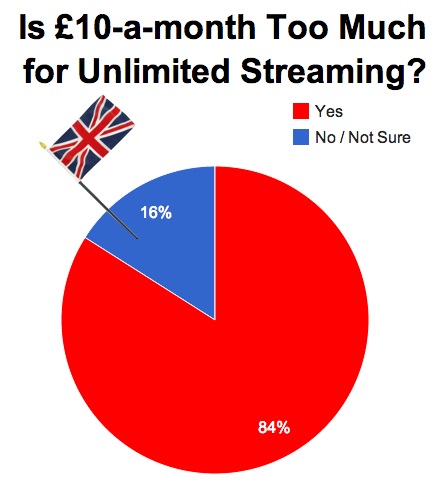 Almost a quarter of respondents (23%) deemed music too expensive and claimed they would buy more of it if it was cheaper, while only 13% said they believed music was fairly priced.

In addition, 81% of those surveyed said they listened to fewer than 200 tracks in a typical month, and Bloom.fm suggests that an unlimited music streaming service is “unlikely to appeal to them”.

However, somewhat contradictory to that claim, 61% of respondents said they had experienced instances where the artist they were looking for was unavailable on the service they were using – and when this happened, 46% gave up on that artist and listened to an alternative, while 70% looked for the artist on YouTube, and 14% turned to illegal services.

It’s worth pointing out that Bloom.fm, which commissioned the survey, is a company with vested interests in publishing such results. The streaming service, which launched in January 2013 on iPhone, offers free ad-funded genre and artist-based radio stations and subscriptions startingf at just £1 a month.  Bloom.fm lets you “borrow” 20 tracks at a time, by downloading them to your mobile phone, and trade them for others when you “get tired of them”. For £5 a month you can “borrow” 200 tracks at a time. 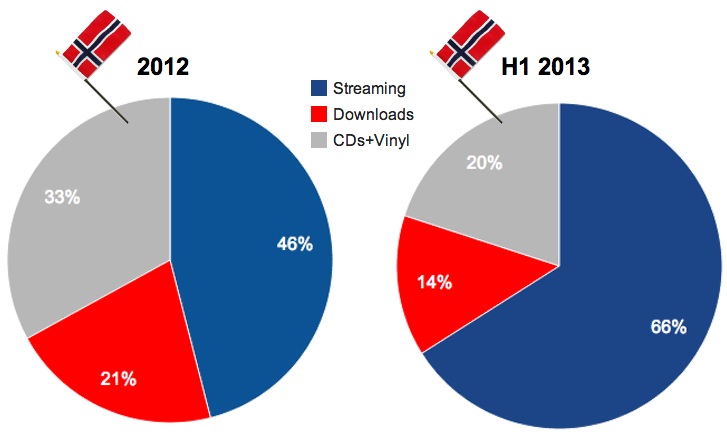 So does this mean that streaming services such as Spotify and Deezer should lower their prices? Not necessarily.  Last week, Norway reported that the country’s music revenues were up by 17 percent, largely due to an explosion in streaming subscribers for WiMP and Spotify, services that charge a similar price in Scandinavia as in the UK.

This mirrors the success of streaming in Sweden, where around 10% of the population subscribes to a streaming service (mainly Spotify) and sales are up by 14 percent so far this year. Both countries have also registered a decrease in illegal downloading.

In other words, if the 13% that believe music is fairly priced could be converted to subscribers paying £10 a month for unlimited streaming (the equivalent of about two pints of beer in the pub), the UK could experience a similar overall increase in revenue from recorded music as Sweden.

It remains to be seen, however, how this would financially affect those who actually create the music.