We now know that Jay Z approached Billboard while structuring the Samsung deal, and even offered to jump through hoops to qualify the sales.  Ultimately, Billboard rejected the offer, refused to count any of the Samsung-purchased albums, and denied Jay Z a number of historic milestones.

Here’s what the rapper disclosed this week, in a lengthy interview with Rap Radar. 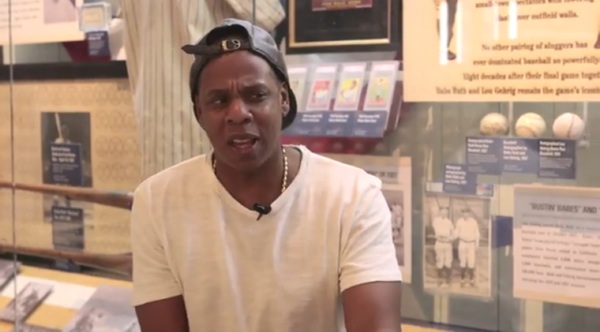 What people have to understand is, Billboard is a magazine, they

But they ain’t really doing it for us.

They’re almost like government —  they’re like elected officials, they work for us.  You can’t really tell me how to —

“First of all, we’re in a dying business, everyone sees that — so I’m supposed to wait until it gets to zero before I do something?  I’m like, ‘okay, let’s figure out how to bring new revenue streams into the business’.”

So I went out on my own, and I made a deal.  I made a straight across, above-the-board deal.  I went to them, I explained the deal to them, like “this is what’s going to happen.  What does it take to qualify for a sale?”

“Their job is to encourage the business to bring in new revenue streams, not to discourage me.  So, at that point, if you’re not with the changing times, you’re irrelevant to me, I’m going to move on.”

And it’s not like I was trying to trick the system, I wasn’t looking for a number one album.  Their thing was like, “what if a country artist wants to buy the number one?”  I was like, “yeah that’s good, hypothetically it’s good, but the reality is I’m not doing that.”

This is a deal, this is a real deal, we’re both getting something good out of it.   A new artist couldn’t do that, I could do that.  I warranted that sort of – that level of deal.  The career and what I’ve done, and the groundwork that I’ve put in was worthy of me charging that.  So what’s the difference, if they can give it to whoever they want to give it to that’s their business.  It’s still reaching the hands of the fans.

And that’s why I was really cool with the RIAA.  They were supposed to be counting digital sales 15 years ago.  It wasn’t me, I was the agent of change, to ask the question.  But that was supposed to have been changed.  The reason why the RIAA didn’t certify for 30 days was because of physical product: you send it out and you may get some returns back and you’re not Platinum anymore.  So they had to wait to see if there were any returns before they certified it Platinum.

But there’s no returns in digital.  So if someone scans

I was the guy who was like, “what are we doing, we’ve got to change.”