Spotify’s losses since the company started now top $206 million, according to financial filings (including recently-filed 2012 documents).  According to Crunchbase, the company has raised a cumulative $288 million, which means this is a company close to burning through its available cash.

Here’s a quick look at Spotify financials over the past three years, which now includes statements from 2012. 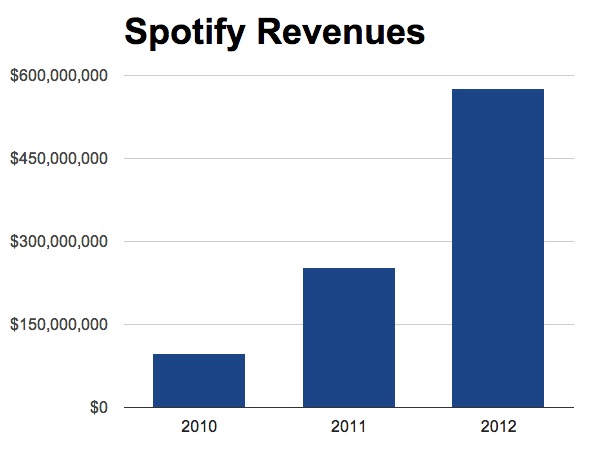 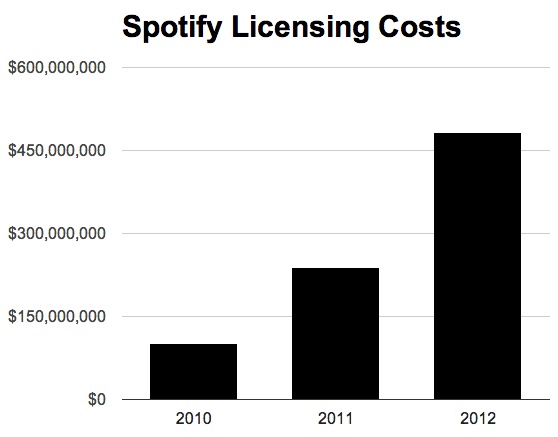 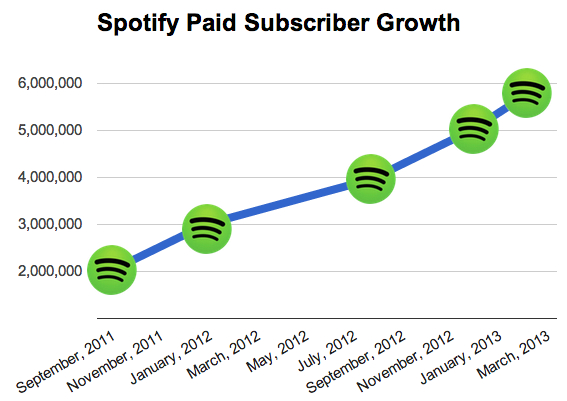 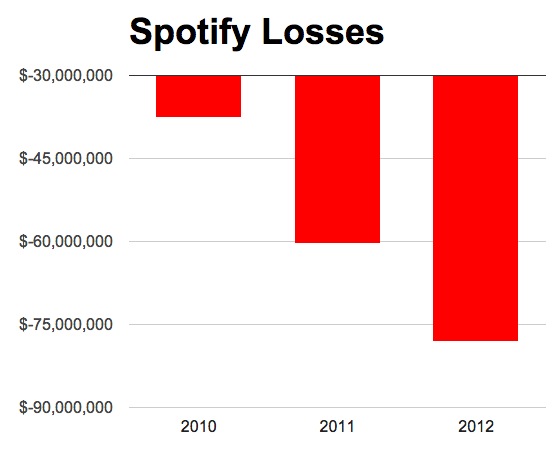