Streaming Accounts for Just 12.5% of All Warner Music Group Revenues…

Streaming accounts for 66 percent of total recording revenues in Norway, and more than 70 percent in Sweden.   But when it comes to Warner Music Group, a massive, multi-national major label and a major content supplier, streaming and subscription platforms account for just 12.5 percent of total revenues. 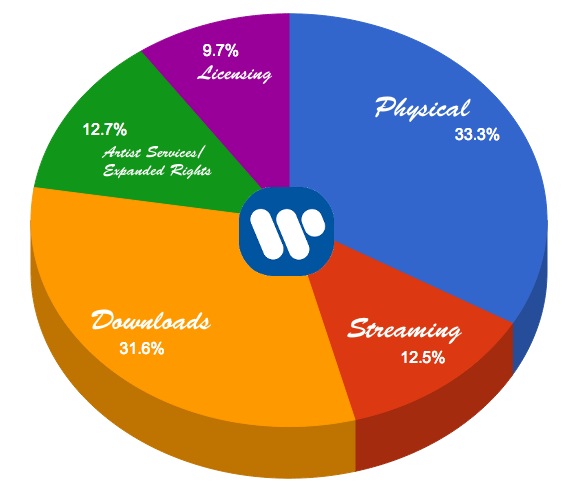 The definition of ‘streaming’ includes a broad range of services and platforms, including YouTube, Spotify, Pandora, Rhapsody, Rdio, Sirius XM Radio, and internet-based radio station streams.  That’s a mix of ad-supported and subscription, but excludes paid lockers like iCloud and Amazon Cloud Drive.

Actually, the digital breakdown shows that both downloads and streaming are increasing, with streaming increasing at a faster rate.  Last year, Warner revealed that 25 percent of its digital recording revenues were coming from ‘streaming and subscription’ formats.  One year later, that percentage is greater than 28 percent, according to the documents.

On the year, overall recording revenues are up 4 percent to $1.742 billion.

Written while listening to Lucy Schwartz.