I’m an Indie Artist. And This Is Exactly What Streaming Services Are Paying Me In 2013…

This extremely detailed royalty breakdown comes from cellist Zoe Keating, specifically for two releases.  All songs are distributed through CD Baby, and all subtotals calculated after CD Baby’s 9% cut. 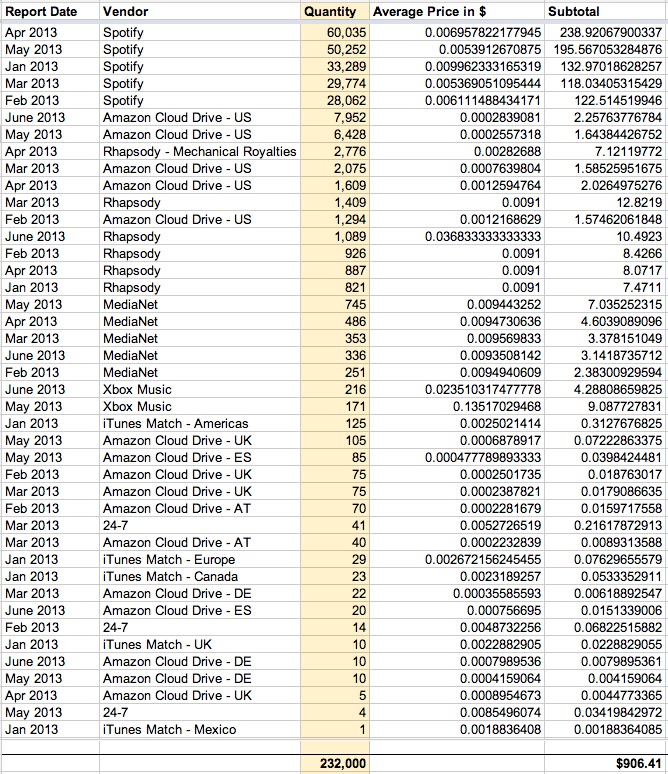 Updated: There’s also a little bit on YouTube and SoundExchange, which represents recording revenue from Pandora.

Update 2: Please note that the SoundExchange line items also include non-interactive streams from Sirius XM Radio, iHeartRadio, etc., but Zoe indicated that 97% of her SoundExchange money is coming from Pandora.