Robin Thicke, Pharrell Williams, and Clifford Harris Jr. ( T.I.) filed a declaratory relief (obtained by the Hollywood Reporter), asking the court to assess the validity and sensibility of Bridgeport Music and the Marvin Gaye estate’s claims against the trio’s “Blurred Lines” of copyright infringement.

The hit single garnered more than 140 million views on Youtube and has reached no. 1 on multinational charts. Bridgeport, Frankie Christian Gaye, Marvin Gaye III, Nona Marvisa Gaye, and up to ten other “John Does” are under the impression that the song has ripped off elements of Marvin Gaye’s “Got To Give It Up” and the Funkadelic’s “Sexy Ways.”

However, Thicke, Williams, and Harris credits this success to perfectly unique creativity with the intention of “evok[ing] an era,” according to the lawsuit, and that “being reminiscent of a ‘sound’ is not copyright infringement.” 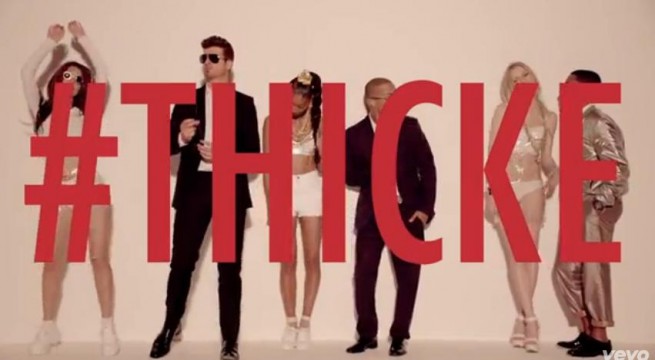