The LP Is Dead. Here’s a Detailed Guide for Releasing an EP…

The following guest post comes from Radar Music Videos, who argue that the ‘long-playing album’ (or ‘LP’) is effectively dead for artists in 2013.  The shorter EP sibling, on the other hand, makes much more sense and is very much alive. 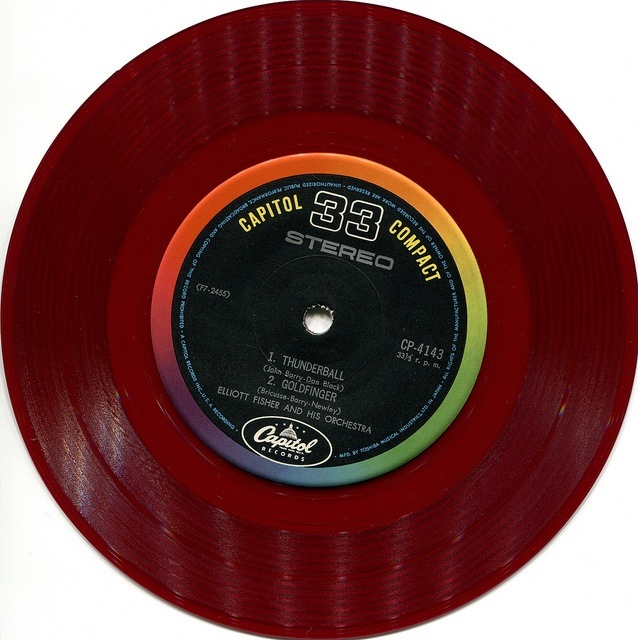 Did you know the Album is dead? Well it is for most artists and here’s a list of reasons why:

• EPs are more affordable than albums

• EPs are an easy ‘taster’ for new listeners

• EPs can be released more frequently than albums

• Track for track over time, EPs could generate more revenue than albums if there’s a lot of material

• EPs are more flexible, e.g. they can be released to coincide with short tours

• Why produce an album? The only strong reason we’ve come across is that they’re still relevant for some types of artist, e.g. concept albums for prog rock bands.

Assuming you’re with us on the EP / album issue, you might find it handy to run through our timeline guide to releasing and promoting an EP.  We identified the key stages and spoke to our friends at Warp Records, Kobalt Label Services, BAM!, and EmuBands for their top tips…

14 WEEKS OUT FROM RELEASE

– Have your photoshoot done. Identify 3 or 4 shots that you will be using as the press shots for the campaign.

– Make sure that your release is registered with PRS for Music, and PPL (or your local collecting society).

“Each time your song is played on the radio, downloaded or streamed online, or played in public, you are due extra money from PRS for Music (if you wrote, or co-wrote the song), but you have to be a member of PRS for Music and have registered the song with them in order to claim this money.”

“What is special about your music? And why should a ‘busy journalist’ listen to it? That’s the most important message you need to communicate through your press releases”.

“It’s also essential to send it to relevant targeted journalists in order to get good PR results. Spend time to research blogs and websites that have covered ‘similar’ artists to yourself recently.”

– Identify marketing and PR professionals that you wish to work with. Make contact and negotiate price.

12 WEEKS OUT FROM RELEASE

“It’s still worth sending your EP to longleads who don’t necessarily do EP reviews because it’s good to get it out to them for features/ single reviews/ mentions. Remember to choose your target publications depending on your artist and their sound…”

– Announce EP to social media and to press / online.

– Assuming that you haven’t already, engage booking agent (10-20% of gross). Discuss a tour to promote your EP, and launch party shows. A good agent will be able to fix your band up with some suitable support slots along the way.

– Create a lyric or packshot video. The point is to have this video on the band’s YouTube channel when radio play begins ahead of release date, capturing early views and interest. A correctly tagged and annotated video will help boost subscribers to your channels. (Again, you can try Radar to find great new directors, it’s still completely free!)

10 WEEKS OUT FROM RELEASE

– Identify the track from the EP that will lead your radio campaign.

– Start to organise interviews with longleads and pitch reviews in the publications that do them.

“Always research your PR targets. Not just for the genre of music they write about, but also the sorts of features they contribute to their publication… You want to be speaking to the right audience with the right message.”

– Upload EP, artwork and metadata to your digital distribution company. The earlier you do this the better, as it gives their marketing and promotions team more time to plan and execute a strategy for promoting your EP through the digital stores and streaming services. The later you leave it the less chance you have of securing features, and if for whatever reason you have to push your content to digital stores immediately many digital distributors can do this in just a few hours if necessary.

8 WEEKS OUT FROM RELEASE

– Remix should be completed now. Use this as an extra PR asset.

– Send single to radio and EP to online.

“Don’t be offended when you don’t get a response from a journalist that you’re trying to reach out to. These people receive a huge amount of emails every day, and they can’t reply to everyone. If they like it though, you’ll hear from them”

– Radio promotion also begins. Single and EP promos are presented to radio producers and presenters with a press release and list of forthcoming live dates.

– Social media begins to focus on the release campaign.

“Utilising social media is a great way to promote your release, for example sharing the release and any playlist it may appear on via Facebook and Twitter”

– Digital store promotions set up. Your digital distributor can advise you on what exposure you can expect. There are a lot of opportunities here, ranging from being featured on the iTunes store homepage to featured Spotify advertising.

– Send EP to weeklies and broadsheets.

– Soundcloud stream premiere on a top site followed a day or two later with a blast out to other sites for more embedding, start adding up those numbers and collating your press interest to convince radio you are popular!

2 WEEKS OUT FROM RELEASE

“It’s always good to include some quotes from well respected publications if you have them, especially when reaching out to new places. A good review helps to convince people that it’s not just you promoting you music, but that others are talking about it too.”

– Secure a video exclusive with a popular music site and general coverage in music media.

“There are many things you can offer journalists to help secure coverage. It’s not just about the music on your EP. Do you have anything that they can give away? Free downloads, T-shirts or gig tickets maybe? Good video footage, tour diaries, live dates, press shots, should be sent to press too – anything to show them you are a ‘relevant’ hard working band, not just a flash in the pan!”

– Follow up press campaign to generate further press coverage. “Don’t expect results instantly. It can be a slow game especially if this is your first release and no-one has heard of you before. It’s a discovery and fan building game at first, sales come later.” (Patrick, Kobalt Label Services)
–

Album and tour news to be associated throughout if appropriate.

P.S. WHEN SHOULD YOU PAY FOR MARKETING SERVICES?

It’s possible to do just about all these things for free. You can do it yourself, get friends to do it, pull in favours… but good professionals will do a much quicker and more effective job. More to the point, journalists are more likely to listen to stuff from reputable PRs; pluggers are personally connected to producers; promotions people know which advertising is cost-effective; experienced directors make attractive music videos and so on.

All that should result in more sales of your EP and more tickets sold to your shows.