What would it take for a streaming music service to move from ‘unsustainable’ to ‘wildly profitable‘?  This is a winnable numbers game, according to now-exiting Rdio CEO Drew Larner, who recently put some numbers on smashing success.  “With scale, we can be profitable,” Larner told NPR.  “Wildly profitable.”

Rdio is still refusing to disclose its paying subscriber tallies, which seems to confirm rumors of low uptake.  Spotify, by comparison, has 6 million paying subs and is preparing to announce its 7 millionth soon. 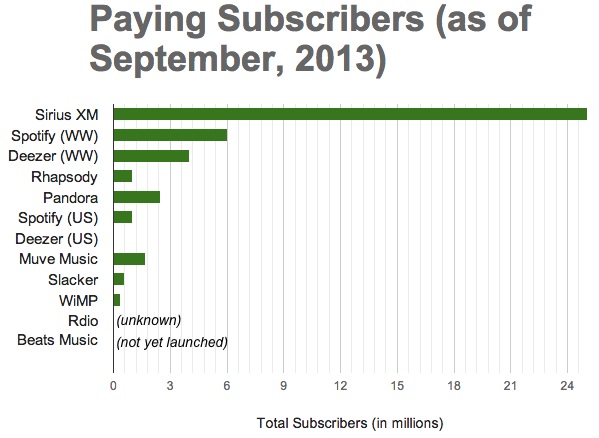 That makes 25 million (or so) sound reachable, but at what cost?  This is a pricey finish line: last year was one of the most successful yet for Spotify, but the company still lost more than $75 million during the period.  Overall losses now top $200 million, since 2008, with broader funding levels estimated at $288 million.