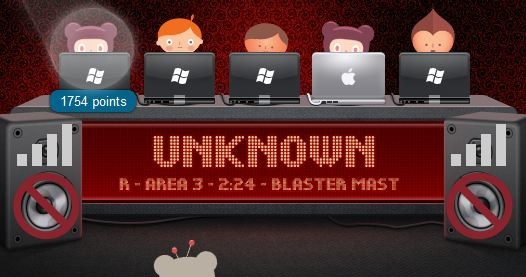 Yes, Turntable.fm still exists, but this isn’t a happy growth story to tell your access-loving grandchildren.  The company has just shuttered its social-focused recommendation concept, piki.fm, and is struggling to maintain even moderate traffic on turntable.fm.  Part of that includes a shift from direct, licensed uploads to using streams handled by SoundCloud (which eliminates an estimated $20,000 in monthly licensing costs.)

This is a company that is now admittedly fighting for its life.  Here’s a letter from Turntable cofounder Billy Chasen, who wrote this to all users this morning.

The State of Turntable

Turntable has been live for more than two years now.  For the first two years, we fully focused on trying to make the experience better.  We also built a sister product, Piki, that tried to be a more laid back version of Turntable.  We did this because even from the beginning, we noticed a large percentage of people that used Turntable burned out after a few weeks because it required too much attention.  We still wanted to have music powered by people, and it’s important for a startup to be continually growing (and eventually monetize), so we decided to try building a more laid back experience.  More on Piki in a second.

Our mission here at Turntable has always been to connect people with each other and discover amazing artists.  We get so many stories of people meeting new friends and even getting married to people they met on Turntable.  It’s really inspiring.

Early on, we decided to partner with the labels and do everything by the book.  There were pros and cons to this.  One of the biggest cons is it has been very expensive.  We spend tens of thousands of dollars a month in royalties, service fees, hosting, etc.

We could have removed a ton of that cost by just simply using YouTube or another service, but we felt it would dramatically reduce the ease of use and user experience.

So that leaves us in a tough place.  We started turning on ways for the community to help support us (GOLD) and methods to offset some streaming costs for non-gold members (ads).  Thank you to everyone who has joined in. It means a ton to us.

All of this is in the hope to try and neutralize the cost of running Turntable so that we can keep it running.  The change we made yesterday, removing the ability to upload music directly, will reduce our monthly bill by roughly $20,000.  That’s a huge saving that we need and we thought validated adding an extra step to uploading (upload it on SoundCloud and search for it on Turntable).

It was a choice we had to make to keep the service running.

There have been a couple incorrect pieces of information floating around, so let me take a moment to clear those up.

Every song uploaded to Turntable would get fingerprinted using the same method that SoundCloud uses (and possibly same service, called Audible Magic). This process tries to match the song to known copyrighted content.  If it finds a match and we’re allowed to play the song, we use our catalog version of the song (so the correct people can get paid). If it finds a match and it’s flagged, we reject the upload.

Uploaded songs in your queue won’t disappear. We fingerprinted them all and they are okay to play.

I’m also sad to announce today that we are going to shut down Piki in a couple weeks.

We poured ourselves into it and built a really amazing product powered by people picking songs.  However it just didn’t have the traction that we were hoping for, so we are closing it to fully focus on Turntable.  We are sending out an email today to Piki users and there’s a method to export your data to Spotify or CSV file.

We are still working on new features to Gold every month. We just released a few new avatars and have some more coming today.

Over the last few months, we have been building something we do all the time with artists on Turntable, events.  I can’t go into too much detail right now, but it’s going to involve artists and have a very live element to it! We are planning on giving more details in a couple weeks, but need to finish up a few things first. We all can’t wait to show it to you.

Aside from that, we love interacting and DJing with our community. Turntable is incredibly important to us and we want to see it stick around.

We aren’t trying to kill it, you are watching us fight for it.

See you on Turntable,