Why the Music Industry Doesn’t Care About Selling Music Anymore

The following guest post comes from Jeff Price, founder of both spinART and TuneCore.  His latest company, Audiam, has a mission to get artists paid for the use of their music on YouTube.

In today’s new music industry of peer-to-peer file sharing, download stores, and on-demand streams, it’s hard enough for an artist to make money by selling their music.  So what happens when the world’s largest music distributors and stores carry all the songs in world but don’t need to sell any of them in order to make money?

The answer: revenue from the sale of music goes down for the artist, while simultaneously there is no negative financial impact on the new stores and distributors.

Interests are clearly misaligned.  Artists have been reduced to replaceable cogs in a teeming mass of other undifferentiated music creators used purely as a commodity to represent breadth of choice for the consumer.  In short, artists are used to financially fuel these new companies, but they are not reaping the same financial reward in return.

The old music industry may have had a lot wrong with it, but at least it was clear how everyone in the food chain — the artist, record label, music distributor and physical retail stores — could stay in business.  The music had to be created, recorded, manufactured, distributed into stores and… SOLD.

Not so in the new music industry.  Now it is only the artist who must sell their music in order to “stay in business”.  And artists are fending for themselves against a tidal wave in a sea of technology companies and venture capitalists.  All sectors of the music industry are no longer being run by people from the music industry.  This glaring misalignment does not bode well for the future of music.

Let’s start with the music stores.

Unlike the physical music store of yesteryear that needed to sell the CDs and vinyl sitting on their shelves to make money, the digital music stores and services of today (Pandora, iTunes, Amazon, Spotify, and others) can make money without ever selling — or even streaming – all the music they ‘stock’.  In this digital age, amongst the new ways music is being utilized for profit, the sale or streaming of music is almost an afterthought.

Take iTunes, currently the obvious substitute for the traditional record store.  If Apple happens to make money from the sale of the music (which, some suggest they didn’t for many years ), all the better — but, the main purpose of iTunes is to make money for Apple by selling Apple products and gaining market share for its operating system.

Amazon is more or less in the same boat, using music as an enticement to motivate people to create Amazon accounts, buy other products that are not music (including their own Amazon Prime service), sell more Kindles, and gain market share.  This explains why it sells music for less than it pays for it.  Music acquires those customers for their other products and services.

The answer: Spotify doesn’t need to stream the music it carries, nor be profitable from those songs it does stream, in order for its investors and owners to reach their financial finish line of selling the company or taking it public to make billions.

To reach their goal Spotify believes they must have:

(1) a huge number of subscribers, a vast catalog of artists,

(2) a user experience that customers find pleasing, and

Making money off the music, or having the music it carries being streamed is, at this time, an afterthought.  And when the inevitable financial exit for Spotify does come, the artists will make no money from it despite being at least half of the equation.  This may explain why the major labels, all of whom own a piece of Spotify, do not appear worried about Spotify’s royalty rates.

Their eye is focused on the true financial prize: owning a percentage of a company that gets bought for billions.

Just look at Pandora: its shareholders made a fortune when the company went public, despite it making little to no profit. It was able to IPO off the artists’ music despite the music not ever needing to be played, nor paying themusic creators a royalty they deem reasonable.

At the ‘music store,’ the point of economic intersection where art truly does meet commerce, the entity selling the music generates revenue without selling music or can lose money on the sale or stream of a song and still reap a profit while the artist makes little or nothing at all.

The interests of the artists and the music stores are no longer aligned.

Technology has provided a way for there to be little-to-no cost or risk to have music stored on hard drives always available to buy or stream.  The incentive for a store to sell music and make money from that sale is gone.  Instead, music is used to sell smartphones, tablets, computers, recurring monthly subscription fees, operating systems and to generate market share. Or it’s being used as a loss-leader in order to attract a buyer; making all the investors and shareholders rich while the songwriters, publishers, artists and music creators get little to nothing. The artist is a commodity being aggregated to provide the impression of breadth in a music catalog. 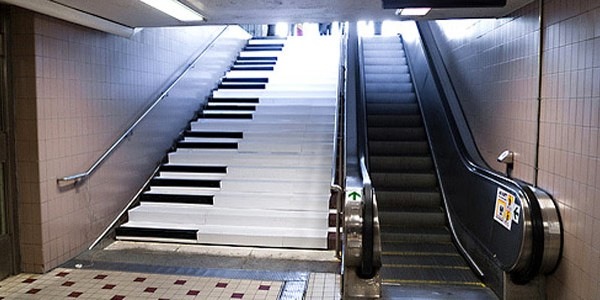 Certainly, no one is disputing the fact that artists have always been commoditized to a degree; that is, their music was a ‘product’ to be peddled, sold or used by others to make money.  From recording studios, to labels, to distributors, to press to radio, to retail — the artist was the necessary means to a variety of parties’ monetary ends. However, in today’s industry there is a profound lack of transparency of how and why the artist is being used to make money.

Although life was not a bed of roses between the traditional labels, artists and distributors, they all had the same goal: get CDs onto the shelf of the physical retail store, get them sold and collect the money from the sale. Arguments were over how this money was split, not whether the music should be sold to make the money.

Not so for today’s digital music distributors — think CD Baby, IODA, InGrooves, TuneCore, ReverbNation etc.  There is little to no cost of failure if the music doesn’t sell. These companies do not have 500,000 square foot warehouses with 20-foot high ceilings loaded with shelves piled high with CDs waiting to be picked, packed and shipped out to retail stores. They don’t have regional staff located around the country walking into stores to promote the bands, releases and checking for inventory around tour dates. They front no money for in-store marketing programs or manufacturing.  They suffer little to nothing if the music does not sell beyond the one time cost of placing a digital file onto the hard drive of Apple, Amazon or Spotify.

Their goal is to get as high a financial return as quickly as possible by taking the company public or getting bought – both of which can be done without selling the ‘product’ they carry.  There is no reason or incentive to build an artist’s career or sell the music.

Why invest in an artist like Bruce Springsteen for almost three years before he hits if it doesn’t help make money now.

Even more disturbing, as stores don’t need to sell music to make money, the distributor should be the last line of defense.  But for the most part, the new music distributors are also being run by the same banks, software, hedge funds, private equity or technology firms that have no background in the music industry. The artist is stuck in the middle between two sides — the stores and the distributors — both of which make money without incentive or need to sell the artist’s music and neither has leadership with industry expertise or institutional memory.

The artist is now, essentially, dealing with a two-front war.

Perhaps this explains the bizarre behavior of distributors taking distribution fees from artists without providing real value.  As an example, they claim to control synchronization rights to recordings and compositions for licensing into TV shows, film, videos games, YouTube, Vevo, and Vimeo, and then charge artists a fee to use their own music in their own YouTube videos.

The smart investors understand the dilemma of short term return at the expense of  long term growth.  They make certain to bring the right management into the company to assure they are not short sighted and destroy a valuable sector, however, many do not.

Where exactly does this leave the artist?  As an interchangeable cog that has little-to-no long term value.

Companies generating revenue from music, while no longer needing to sell it to make money, combined with management of many of these companies being from outside the music industry is a lethal mix for artists.  One they may just not survive.

By the time the owners of these new companies ‘exit’ reaping billions of dollars, a sea of decimated artists may be left in their wake wondering what the hell happened.

And the inheritors and owners of this new industry might just find themselves wishing someone actually cared about the artist as without them, there is no long term growth or industry to ‘monetize’ for anyone.