Lorde, a 16-year-old singer from New Zealand, is bombarded with success on the charts with her song Royals, which is currently at number one on Billboard’s Hot 100.  She’s also been bombarded with over-analytical blog posts and articles about the alleged racism in her music. 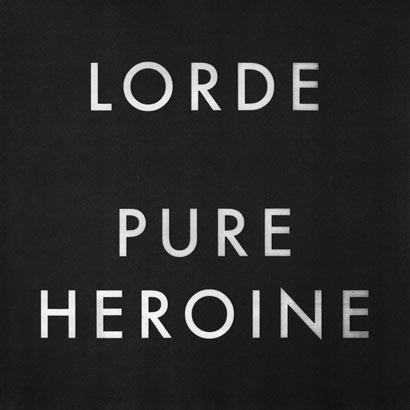 Feminist blogger Veronica Flores said, “While I love a good critique of wealth accumulation and inequity, this song is not one; in fact, it is deeply racist.”

“Because we all know who she’s thinking when we’re talking gold teeth, Cristal and Maybacks. So why shit on black folks? Why shit on rappers? Why aren’t we critiquing wealth by taking hits at golf or polo or Central Park East?”

The Civilian, New Zealand’s answer to the Onion, compiled a list of more “deep-seated racism towards black people, as well as a series of other crude and distasteful references that disempower the already disenfranchised” sprinkled throughout Lorde’s debut album.  Flores may have set herself up for this one…

“Lorde opens her album with a song about tennis, a sport played primarily by rich, white people, with the exception of Serena and Venus Williams, who Lorde likely believes aren’t proper black people anyway.”

“Stereotypically, ribs are a popular dish amongst black people, particularly those from America’s Deep South. Lorde is subtly ridiculing African Americans by placing this song directly after the hyper-racist Royals.”

Keep in mind, Lorde is from New Zealand, not the United States.  A commenter on Flores’s piece said, “I am pretty sure she didn’t diss Polo because it’s almost unheard of here… didn’t diss golf because here anyone and every one can play golf, it’s not an elite sport… and she probably has no idea why to disrespect Central Park East because like myself she probably had no idea what that was.”