Songs Made Popular by Viral Videos or Vice Versa 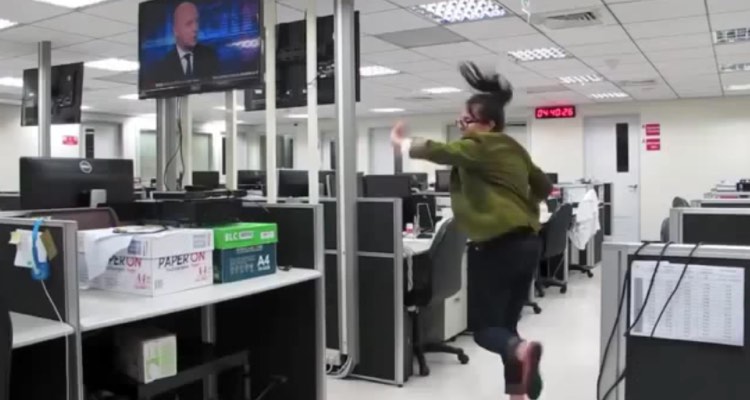 There’s a sub-culture of music that revolves around these particular viral videos. The songs are initially inserted into the video to support the storyline or humorous effect.

But as the songs catch on, people begin to create videos for the sake of using the songs.

Most recently, an eight-year-old Kanye West song, Gone, gained popularity due to a viral video posted by an office worker quitting her job.  In this case, the track was chosen in context of the video, but that is now just the beginning.

As this video gains more traction in the online communities, Gone is going to be a necessary component of every parody video.   And pretty any video in which people dance in an empty office to Kanye West.

Six-second Vine videos also revolve around music.  Examples include Josh Turner’s Your Man, Finatticz’s Don’t Drop that Thun Thun, YG’s My N***a,  Sage The Gemini’s Gas Pedal, and Problem’s D2B (down below).  By re-making previously made Vines, people use the same song as an automatic attention-grabber, which propels the popularity of the video itself.

I would have never heard of most of these artists if it weren’t for the remakes and re-Vines of the Vines.

Perhaps, viewing the internet as a collaborative playing field is a serious cultural component of this digital age. Because some of this music cannot exist without the amateur videos created by seventeen-year olds in their parents’ living room.  And, vice versa.

We’ve all heard the argument that Vine videos only cater to a particular niche.  But the reality is that the cultural impact reaches beyond the Vine community.  Things can quickly spread to Youtube, Facebook, Twitter, Instagram, etc… and, eventually, Billboard.

Despite the legal and financial implications of monetizing popular content, the public recognition of the material is clearly present.  YG and his label may not have made a cent off of the many Vine videos that used his song.  But neither did the ones who created the vines.

It’s hard to dissect who’s benefiting the most.  But is that the question we should asking?  Perhaps if no single party is making all the cash, the creative playing field remains level.