Twitter’s Growth… Is… Slowing… Ahead of Its IPO… 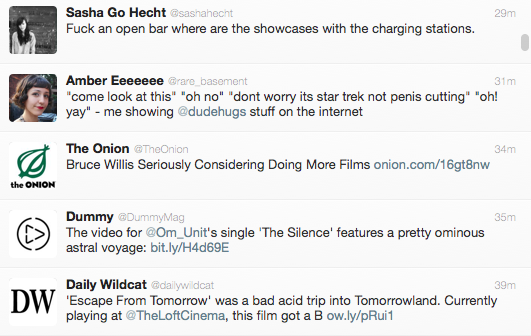 Twitter is planning on launching their IPO next month, but their growth is slowing more than ever.  So, this is different than Facebook because…?

This isn’t a sudden dip: instead, Twitter has lots of financial and user problems under the hood, and the vehicle appears to be slowing down.  TechCrunch combed through Twitter’s IPO filing, and found that growth of monthly active users has been slowing significantly over time. Their growth in the third quarter of last year was 10.6%, while this year’s third quarter is 6.13%.

Twitter is working on growing their user base to make money and become profitable, so this may prove to be highly problematic.

The limited supply of people who have easy access to Twitter is an obvious growth hinderance. Twitter currently has 232 million active monthly users, in comparison there are 313.9 million people living in the United States. Nevertheless, Facebook has persevered with 1.11 billion active users.

Twitter is estimated to be valued at $10 billion, but this doesn’t translate to much actual revenue, and they aren’t turning a profit. This year the company has lost $138.8 million, even though they doubled their revenue in the third quarter. They have also reportedly been negotiating with banks on a credit line of $1 billion.

Twitter is heavily counting on their TV strategy to help them make some money.