HARD Tackles the EDM Gender Imbalance With All Female Festivals… 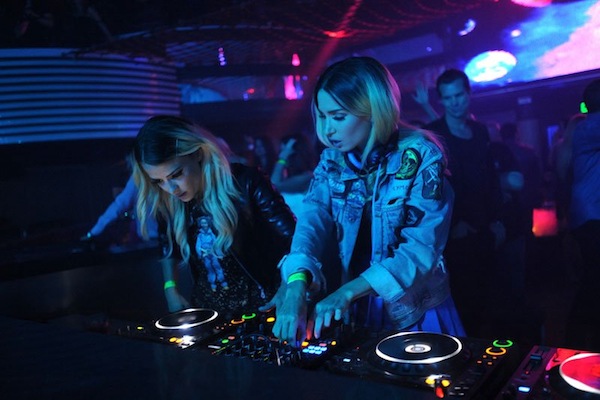 HARD has become an iconic EDM brand due to its numerous festivals, including HARD Summer, HOLY SHIP! and HARD Haunted Mansion. But their lineups are heavily dominated by men, the norm in electronic music.  Case in point: the recent HARD Day of the Dead festival had 67 acts performing, but only four performers were female: Maya Jane Coles, Tokimonsta, Jen Lasher, and half of brother-sister duo Carbon Airways.  Headliners were all men.

The solution?  Rolling Stone is reporting that HARD’s founder Gary Richards (aka Destructo) is aware of the imbalance and is planning a pair of radically-different, all-female festival dates in Los Angeles and New York.  Richards describes the dates as “weekenders” and says that they will feature “all the dope-ass girl DJs that play HARD — and some new ones that haven’t played before”.  The goal is to elevate female DJs, not marginalize them.

Comparisons to Lilith Fair are already coming in. To that Richards says, “What the fuck are they talking about?”

His reasoning behind the decision:

“Why not have more women involved and have a spotlight shine on them?  I look at my artist page on people who’ve played HARD, and it’s kind of dude-driven. I’d like to balance that out more. It’s important to showcase more female talent in this space.”

The fact is that there are less females than men pursuing careers as DJs and producers, though the numbers are rising.  It is important to address the issue, but it’s a double-edged sword. Many females in the scene would prefer to avoid being recognized for gender rather than talent.

XLR8R made a fumbling attempt to dissect the issue earlier this year in their “Ladies on the Mic” article. Producers Laurel Halo and Cooly G wanted nothing to do with the article and Nina Kraviz was upset with the article’s angle.  All of which means that some people are bound to be upset by HARD’s all-female plans, but it’s nice to see a big name taking ownership of the issue.