If You Have Any One of These 10 Things, Be Very, Very Thankful… 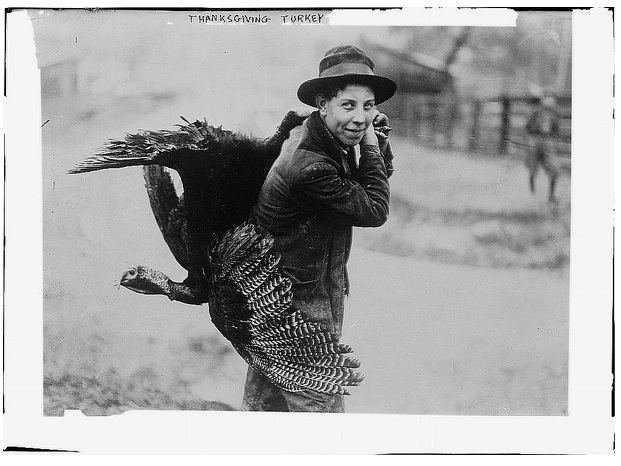 Morrissey calls it Thankskilling; others just like the stuffing.  But if you’re a musician, perhaps Thanksgiving is the perfect time to gain a little perspective.  And the numbers say you should be extremely thankful if you have even one of these things:

The money’s in touring, right?  Unfortunately, many very talented artists simply cannot tour, either because they have families to raise, schools to attend, day jobs to slog through, health issues to manage, or for whatever reason can’t cram into a van for weeks (or months) on end.

Which means, if you can tour, and enjoy it, be very thankful.

(2) A significant group of fans that care about you.

The reality is that 99.9% of artists are underwater and/or mired in obscurity.  And that’s been statistically proven by analyzing platforms like TuneCore, Spotify, BitTorrent… the list goes on.  Which means that if you have a significant number of fans that care about what you create, you are in the extreme fringe.

Even if you aren’t making a dime.

It doesn’t matter if they’re creating Tumblr pages dedicated to you, Tweet-stalking you, or having group sex with you.  It’s a double-edged sword, but also a huge sign of success.  So just wear a condom, OR, make HIM wear one.

(4) A person that is willing to manage you and put up with your s*&t.

Especially if you’re not generating significant income!  This is a very special person that is betting on your future, and sacrificing a huge amount to do it (even while you get all the glory (see #3)).  Don’t treat this person like shit, and don’t fire this person the minute you get successful.

(5) Music that sells more than a few copies.

Again, you’re in the 0.1% if you create music (in any configuration) that people not only want to buy, but buy enough to give you more than a minimum wage salary.  Just take a look at any digital distribution platform (we looked at Tunecore, for example), and you’ll find that nearly every artist is deeply underwater.

So if you’re even treading water and have the luxury to turn music into food, be thankful.

It doesn’t last forever, but it’s a period of life blessed with great creativity, flexibility, open-mindedness, and like-minded fans that have the disposable time (and sometimes money) to focus on your art.  And if you’re really lucky, these same fans will keep buying your stuff as they get older with you (ie, Morrissey, Amanda Palmer, U2, Green Day, Barenaked Ladies, Jay Z, the list goes on).

(7) Interest from any significant music or media company, agent, or festival.

Remember, you don’t have to take the deal (though don’t pull a Snapchat).  But the fact that anyone is interested on a business level means that you are in the extreme minority of musicians.  It’s a very, very good sign (and probably, one that should be seized).

(8) Any interest from a publication (of any size).

You don’t have to do the interview, but you probably should.  Most blogs, magazines, or curating services are interested because they think (or know) that others (ie, their readers) will be interested as well.  That’s all good, and something to be very thankful for.

(9) A musical group that isn’t fighting, and is working well on practical and creative levels.

If you write all the songs and play benevolent dictator, fine.  Plenty of bands function perfectly with one leader, with the rest playing along (or tuning out).  Whatever the formula, if you can all tour together, show up to stuff together, record together, do interviews together, and generally not f*&king hate one another for most of the time together, you are doing really well.

If you’re a boy band, you need a group.  Otherwise, anything more than one person dramatically increases the chances of failure and increases the chances of a low-rent existence.  Which is why DJs are the richest musicians these days: they don’t have politics, complicated setups, or ten people to split the pie with.  It’s lonely, but it’s better to count money by yourself.

And.. thank you for reading this article!