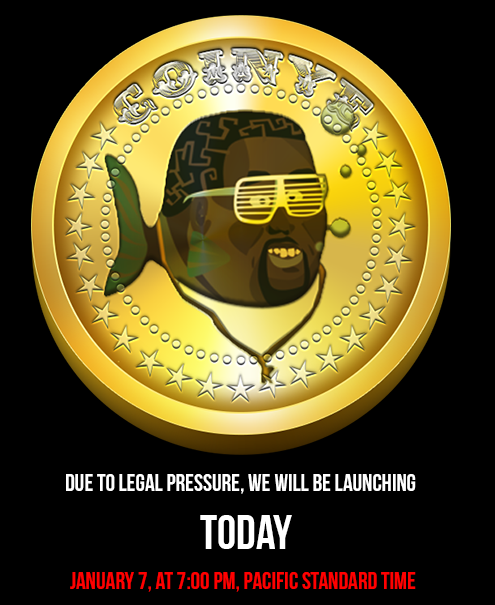 If Bitcoin and Dogecoin aren’t enough for you…

Kanye West’s lawyers sent a cease and desist to Coinye, a digital currency based on Yeezus’ likeness.

As for shutting down the site… the currency’s release date was moved up to January 7th.

“We are just a few guys who are excited about the future of cryptocurrency and would like to see it become a more mainstream phenomenon.”