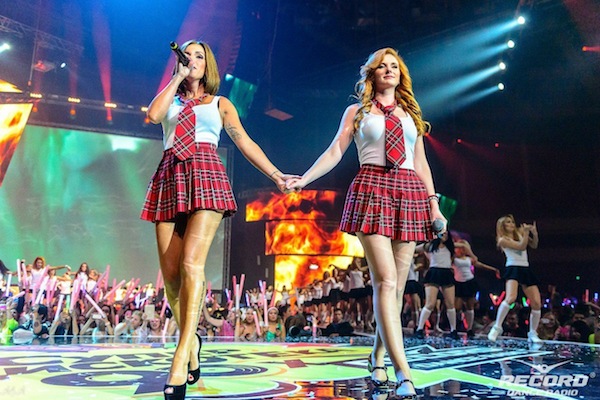 A few months ago a Russian show promoter was fined over a Lady Gaga concert. The court said Gaga broke Russia’s “anti-propaganda of homosexuality among minors” law.

Confusingly, t.A.T.u. is playing at the imminent Sochi Olympic opening ceremony… even though lesbianism is central to their image.  Will anyone be fined over this?  I thought Putin was anti-gay.

Maybe it’s okay because t.A.T.u. aren’t actually lesbians, they just made a career out of pretending to be.

t.A.T.u.’s Lena Katina sent this tweet, but later deleted it:

“They have invited us to perform at the opening ceremony of the Sochi Olympics but they’re treating the artists like shit!!!”