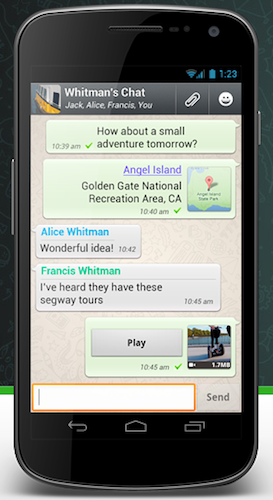 The failed $3 billion Snapchat offer has nothing on this…

Facebook is acquiring WhatsApp for a total value of $19 BILLION.

The deal was announced by Facebook in a blog post. The $19 billion is split up into three parts:

WhatsApp currently has 450 million users, with around 1 million new users per day. 70 percent of these users are active on a daily basis. WhatsApp’s message volume is supposedly close to the entire global volume of SMS messages. Facebook is essentially paying about $42 per user.

WhatsApp’s Co-Founder and CEO, Jan Koum, will join Facebook’s Board of Directors.

If the merger isn’t approved by the SEC for whatever reason Facebook will pay Whatsapp $1 billion in cash and $1 billion is stock.

Will this go down as the worst business decision ever?