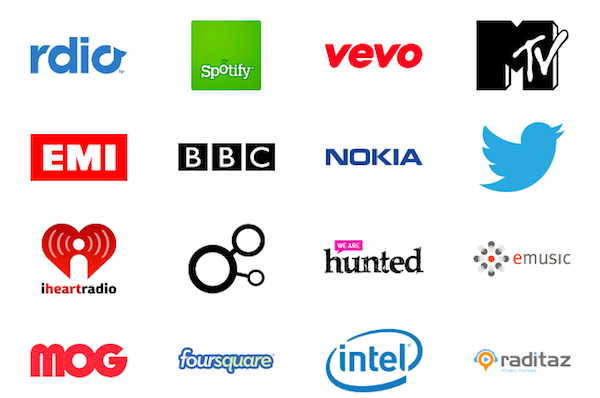 Some of The Echo Nest’s customers

Spotify’s relationship with musicians is a little rocky to say the least, despite their Spotify Artists efforts. The streaming service is bound to make artists and competing services even more uncomfortable after today’s announcement:

Spotify is acquiring The Echo Nest.

Yes, Spotify is the new owner of the data service that powers many of its competitors, including iHeartRadio, Nokia, Vevo, Rdio, Sirius XM, and Rhapsody.

According to Spotify, this acquisition “supports Spotify’s strategy to grow global music consumption and overall revenue back to the music industry by building the best user experience and music discovery engine for millions of global fans“… they have a long way to go on that.

Spotify has tried to make this whole thing sound less frightening by announcing that The Echo Nest will continue to operate from offices in Somerville, MA and San Francisco. The Echo Nest API will remain free and open to developers.

There’s no word on how much Spotify is paying for The Echo Nest, which has raised $23.6 in funding since opening in 2008. Spotify’s financials are constantly scrutinized, so maybe they didn’t want to fuel the fire by announcing the numbers.

We also don’t know what The Echo Nests’ investors have to say about this, we’ll have to wait and see if they are pleased with their return.