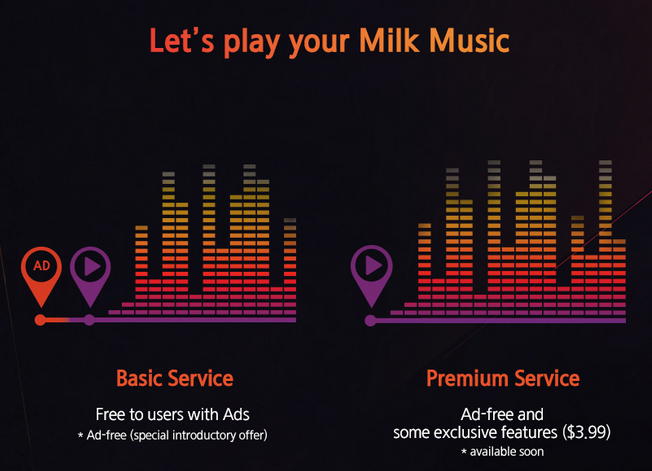 Samsung recently launched Milk, a music streaming service. Milk is currently ad-free, and free for customers with Galaxy phones in the United States.

Shortly after launch, Samsung partnered with Deezer to offer six months of Premium+ to Galaxy users in Europe.  Deezer is scheduled to launch in the United States soon, though it’s unclear if Samsung will partner with Deezer when they make that move.

An infographic uploaded by Samsung indicates that Milk will soon be adding advertising to their free service and a paid option: $3.99 a month for no ads.

The premium service will also have “some exclusive features“.