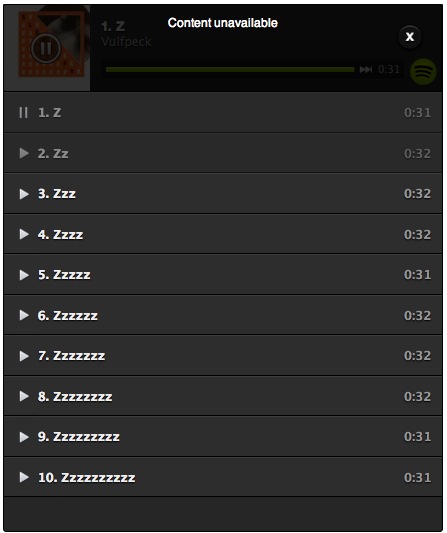 Last month, Vulfpek released a completely silent album on Spotify to finance a free tour for fans.  That was laughed off by Spotify at first, until Vulfpek earned more than $20,000 on the idea.  That prompted a big response: according to the band, Spotify’s lawyers first asked nicely, then started ripping it down.

The album no longer comes up in Spotify’s main results in the US, and embeds are broken (see above).  Still, the album remains available in a number of other scattered spots, suggesting an ongoing teardown.

In response, Vulfpeck has released another album called Official Statement, which features commentary, filler music, and a token silent track. 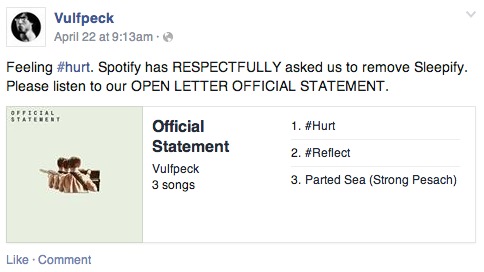