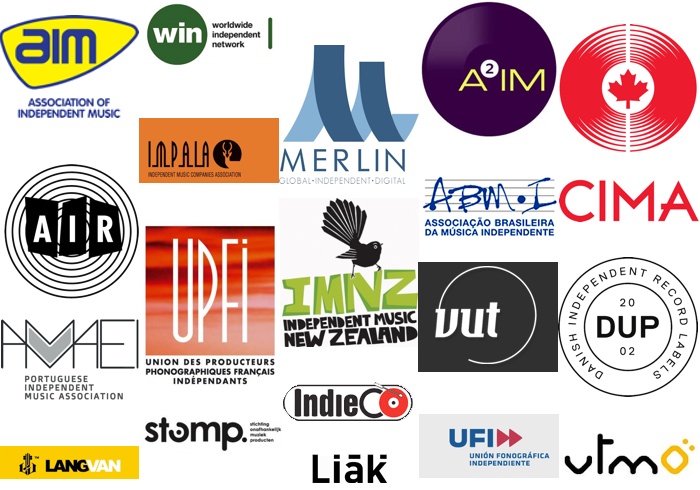 The following is a statement sent to Digital Music News this morning by WIN, a global independent label organization.  The group initially threatened YouTube with a massive content boycott, but are now back at the negotiating table.

“LONDON, MAY 21, 2014 – The Worldwide Independent Network (WIN), the organisation that represents the interests of the global independent music community has responded to news that YouTube intends to block the content of members who do not sign a new music streaming agreement describing it as ‘unnecessary and indefensible’

WIN was formed in 2006 to represent the global independent industry, which boasts the second largest global market share after Universal.

As reported by several news sources, YouTube is expected to launch a new music streaming service. The service has apparently negotiated separate agreements with the three major labels – Sony, Warner and Universal – but according to WIN’s trade association colleagues has yet to reach any substantive agreement.

At a time when independent music companies are increasing their global market share WIN has raised major concerns about YouTube’s recent policy of approaching independent labels directly with a template contract and an explicit threat that their content will be blocked on the platform if not signed.

According to WIN members, the contracts currently on offer to independent labels from YouTube are on highly unfavourable, and non-negotiable terms, and undervalue existing rates in the marketplace from existing music streaming partners such as Spotify, Rdio, Deezer and others.

“Our members are small businesses who rely on a variety of income streams to invest in new talent,” says   “They are being told by one of the largest companies in the world to accept terms that are out of step with the marketplace for streaming.  This is not a fair way to do business.  WIN questions any actions by any organization that would seek to injure and punish innocent labels and musicians — and their innocent fans— in order to pursue its ambitions.  We believe, as such, that these actions are unnecessary and indefensible, not to mention commercially questionable and potentially damaging to YouTube itself, given the harm likely to result from this approach.”

The international independent music trade associations call upon YouTube on behalf of their members to work with them towards an agreement that is fair and equitable for all independent labels.  This has uncomfortable echoes of similar behaviour by MTV ten years ago, who chose initially to take a similar approach in undervaluing the independent sector, but who subsequently concluded a deal on fair terms, which lasts to this day.

It is for every company to determine their own commercial arrangements, but it is in no one’s interests to see independent artists being undervalued in the digital marketplace.”

Other organisations and WIN members from around the world also joined calls for YouTube to re-consider its position.  Statements of support have so far been received from organisations in the following countries:

“The proper functioning of the digital market is essential and the EU takes trading practices like these seriously because they destroy competition and innovation. Rather than moving from the ‘disrupter’ to the ‘destroyer’, the real challenge for Google should be to use its muscle to develop a disruptive remuneration system which recognises that 80% of all new releases, which are so important in YouTube’s offer, are generated by independents.”

“It is unfortunate that a service like YouTube with a worldwide scope appears not to be interested in treating all copyright owner creators equally.  This has an effect not just on A2IM’s label members but also upon their artists and the consumer fans of our artists who will lose this form of access to our music.  We hope that we can continue discussions with YouTube and ultimately restore and grow our relationship with this very important service.”

“We are disappointed with reports of YouTube not negotiating in good faith with independent music labels. We urge YouTube to reconsider its approach, and recognize that independent labels deserve to be treated with more respect.  It is in everyone’s best interests for music service providers like YouTube to work with the independent music community to negotiate a deal that is fair, equitable and respectful for all parties involved.”

“The independent sector has struggled for decades to have a fair market in which to work. There is no reason for us to, at this point, give to one player privileges that could jeopardize the market health as a whole.  This pressure over the labels is insane and will lead nowhere, but to a delay in service launch.”

“We are extremely disappointed at YouTube’s decision to use its market power to unilaterally enforce inferior commercial terms on the independent sector.  For a company that has arranged its structure to pay minimal tax in our market, to now see YouTube’s treatment of independent Australian labels who provide so much of its Australian music content so as to further improve their profitability at the sake of local content creators is deeply concerning.”

“It seems obvious that a streaming/subscription service from YouTube is imminent and if the offering does not house the indie sector YouTube is plainly making the claim that this sector holds no value for them.  In an age where New Zealand artists spring from the very independent ethos to achieve worldwide acclaim it makes no sense for YouTube to pursue the tactic of exclusion.”

“It is regrettable and unacceptable that YouTube tends to abuse its dominant position as a digital channel to impose unfair conditions on independent labels. Further, the threat of blocking or removing their content would have the negative effect of preventing consumers from enjoying a substantial part of the whole music catalogue.”

“We are regretful to hear of pressure being put by YouTube on suppliers who have so far chosen not to sign up to their current contract offer.  We may adore new, disruptive business models, but even more we love appropriate, fair, social and artist-valuing remuneration.  So dear YouTube – we’d appeal for a move towards a more co-operative understanding and negotiation, working together, not against each other.”

“It is deeply disturbing that YouTube so far has not even tried to negotiate deals for their upcoming streaming service with independent labels from Austria. We vehemently protest against YouTube’s policy that is trying to squeeze small labels into deals that are discriminatory.  YouTube as one of the world’s leading online services with a significant market power is obliged to offer deals to all interested labels around the world on equal terms and conditions.”

“The AMAEI, the Portuguese Independent Music Association, hereby asserts its position that any service that utilizes music that takes a differentiated approach between major label vs. independent content is not only on the wrong ethical path – a file is a file, a song is a song – but also on the wrong side of technological progress and development.  It is the vibrant independent music community that drives creativity and growth, and any service that leaves out the independents will ultimately lose out on appealing to an ever-increasing audience.  Independent music is the life-blood of the internet.  Don’t spill it.”

“We want YouTube to reconsider its position in this matter and to work with the independent music sector to agree a fair resolution to this issue. We value and respect what YouTube has to offer to the digital music marketplace and would like that appreciation reciprocated by them so that we can all move forward towards a mutually beneficial solution.”

“DUP represents the Danish independent record labels and we’re appalled that YouTube has issued these individual ultimatums.  YouTube’s self-proclaimed role as a ‘a distribution platform for original content creators and advertisers large and small’ is little more than hollow branding of a company that in reality is losing touch with the very creators and audience that have bloated the size of the platform into the stratosphere over the years. For a global mastodon like YouTube to further undermine the value of music to a level well below existing streaming services can spread like a virus and destroy the independent recording industry, labels and artists alike.”

“The Safe Harbour provision of the DMCA dates from 1998.  It’s being used to deprive culture workers and creators of their right to withdraw their labour and when you can’t do that – you’re a slave.  Spain’s parliament is considering a law which begins to adapt copyright for creators to the new landscape.  We couldn’t hope for a better illustration of the problems that need solving than Google’s behaviour at this negotiating table.  It’s a reminder that they need to be shown how not to be evil.”

“We find it very odd that YouTube has not contacted Finnish independent labels to negotiate deals for its streaming service, and we object to any proposal by a dominant platform such as Youtube which excludes or unfairly discriminates against independent right holders in Finland.”

“Independent labels, organizations and even artists themselves are incubators for the new talent of the world that drive creativity and what’s ‘next’ in music. It is through social media platforms such as YouTube that these creatives have the ability to not only survive as artists, but to thrive beyond areas that major labels do not support.  By hindering the opportunities for independent artists to be discovered and making unexplored areas of creativity unsearchable, YouTube will contradict its own rule of ethics if it executes its intended plans.”