The Head of the RIAA Makes $1.6 Million a Year… 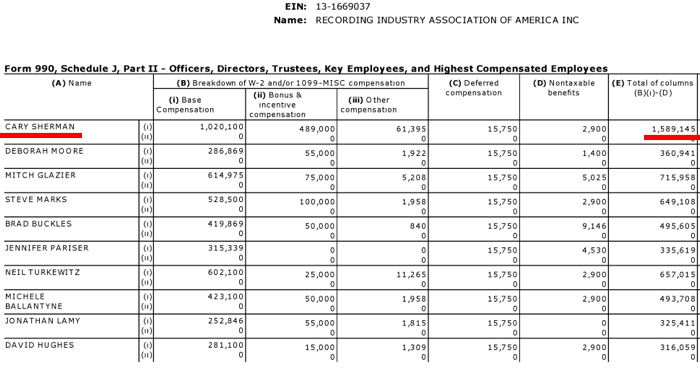 You’ve probably never heard of the guy, and that’s exactly the point.  Because the head of the Recording Industry Association of America (RIAA), Cary Sherman, quietly collected nearly $1.6 million in compensation last year despite a massive plunge in label contributions and huge layoffs at the organization.

The compensation details were published in the latest tax filing for the non-profit, which also revealed that Sherman and his spouse fly first class for anything business-related.  Sherman’s contract also includes an exclusive, pricey gym membership.  The RIAA spent $756,986 on travel alone during the latest fiscal period.

Meanwhile, over the past four years, contributions from major labels has dropped by more than 50%, thanks to continued slides in recorded music revenue. 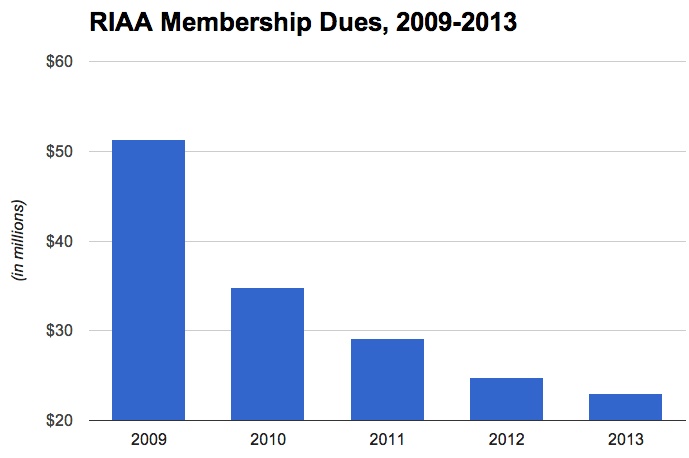 Others commanding impressive salaries include Mitch Glazier ($715,958), Neil Turkewitz ($657,015), and Steve Marks ($649,018), with plenty of others enjoying deep six-figure salaries.  Even the press guy, Jonathan Lamy, made $325,411, which is more than 3 times the salary paid to A2IM president Rich Bengloff (also according to IRS filings).

The RIAA has also laid off more than 50% of its staff in recent years (the organization did not disclose its headcount for the latest year). 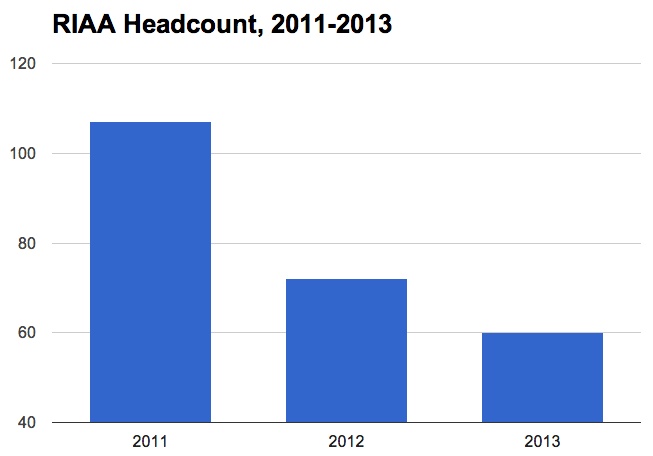