9 Things to NOT Do When Emailing Music Blogs 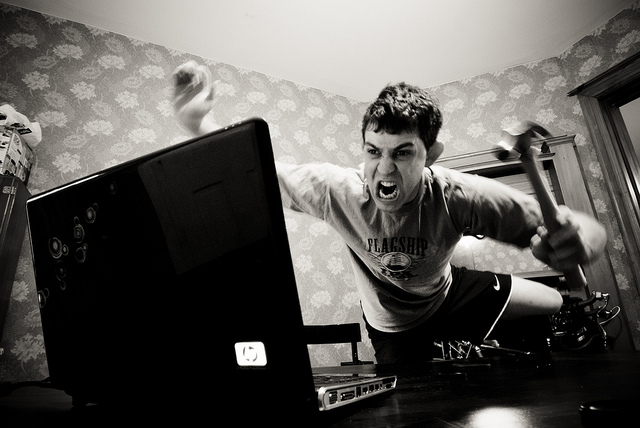 I don’t know who you are, yet I’m suddenly on your mailing list and there’s no unsubscribe button. At least send an email to let me know you think I’ll like the music you plan on blasting out. It’s even worse when the email blast says things like “this song is different than what you heard last time“. “Last time”? I don’t even know who you are.

People compile lists of blog addresses they found on the internet and then sell them. To me, buying these lists is almost as shady as buying followers. Someone added my contact email to some Australian blog list, and now I get a ton of emails inviting me to shows in Australia. I’ve never even been to Australia.

If you’re sending a press release to a bunch of blogs and CC all of us, I can see everyone else you sent the email to. BCC us. Otherwise, I’m going to look at the lists of email addresses and see what types of sites you grouped me with. If I don’t like them, I probably won’t listen to your music.

When you’re writing a subject line for your email remember that anything beyond 11 words will probably be cut off in the inbox view.

5. Get the Blogger’s Name Wrong

If you’re cutting and pasting the body of the email into new messages and personalizing it, be sure and proofread. You might have forgotten to change the name of the blogger or the title of the blog. It’s not always the end of the world, but it could prevent you from getting your foot in the door.

6. Only Send Links to Music

There’s a link to a SoundCloud track in this email, but that’s it. Why should I click this? Who are you? You don’t have to send an entire bio, but at least say hello and tell me what this link is.

I know this isn’t a job application or the New York Times, you can keep it casual when you send an email pitch to a blog. However, there is such a thing as being TOO casual, especially if you have no prior relationship with the blogger. Don’t unnecessarily throw in words like “shit” and “whatever”, it’s distracting. “I like to sample my guitar recordings as if they’re someone else’s records or whatever” “producing shit on my computer”

8. Lie About How Much You Love the Blog

Bloggers can tell when you’re lying about being a devoted follower of their blog. “I’ve been following your blog, it’s great” is often followed by a link to music that sounds nothing like what I post. If you’re not going to do your research then don’t lie about it. If you really do like a blog, specify what you like about it.

One producer has everybody on his team emailing me every time he puts out a new remix, which is every week. I get four emails about the same song every week. I don’t even remember what this guy’s music sounds like, but I don’t like it. It’s okay to follow up a few times, but don’t be excessive.