(Updated) Banks: “Neon Jungle Put My Song on Their Album Without My Permission” 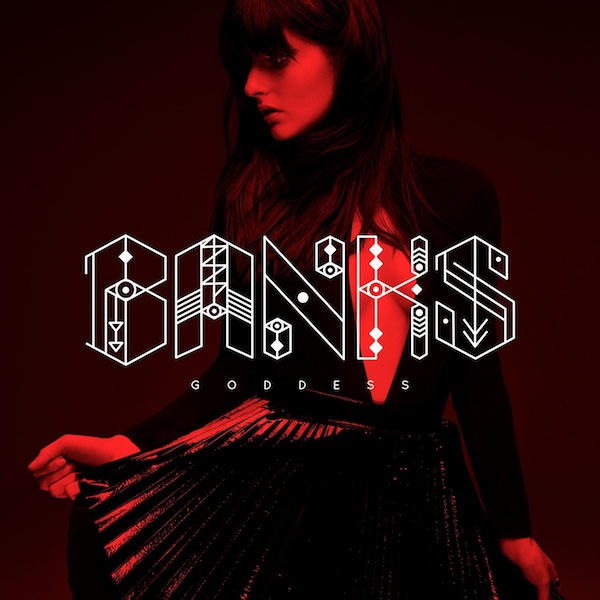 Banks (aka Jillian Banks) is at the beginning of what seems to be a very promising career. Her anticipated debut album drops in the fall, she’s sitting atop the Hype Machine’s most blogged artists list, and is playing sold out show after sold out show. Pop group Neon Jungle has just released their debut album, Welcome to the Jungle, on RCA Records (owned by Sony Music Entertainment). A cover of Banks’ song “Waiting Game” is on the album, and Banks says she was never asked for permission. “Waiting Game” will be released on Banks’ debut album Goddess on September 5th. The album is being released by Harvest Records (which is part of Capitol Music Group, which is owned by Universal Music Group). Banks’ team has told her that Neon Jungle’s use is legal. This DMN article explains how an artist can release a cover song without permission.

Neon Jungle’s use may be legal, but releasing someone else’s song on your debut album before they release it on theirs is pretty disrespectful. 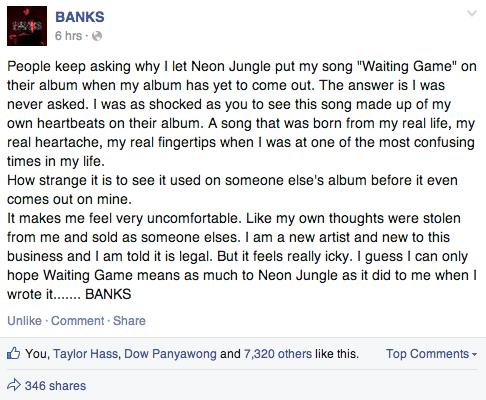 Updated 7/31/14: The deluxe edition of Neon Jungle’s album includes a cover of Hozier’s “Take Me to Church”. Hozier released the song in late 2013, and it is currently impacting U.S. rock radio. The iTunes deluxe pre order of Welcome to the Jungle includes a cover of Lorde’s “Royals”. NME contacted Neon Jungle’s representative regarding the Banks cover. The rep declined to comment.   Nina Ulloa covers breaking news, tech, and more. Follow her on Twitter: @nine_u