PONO Raises Another $5.5 Million, Says They’re Worth Over $50 Million… 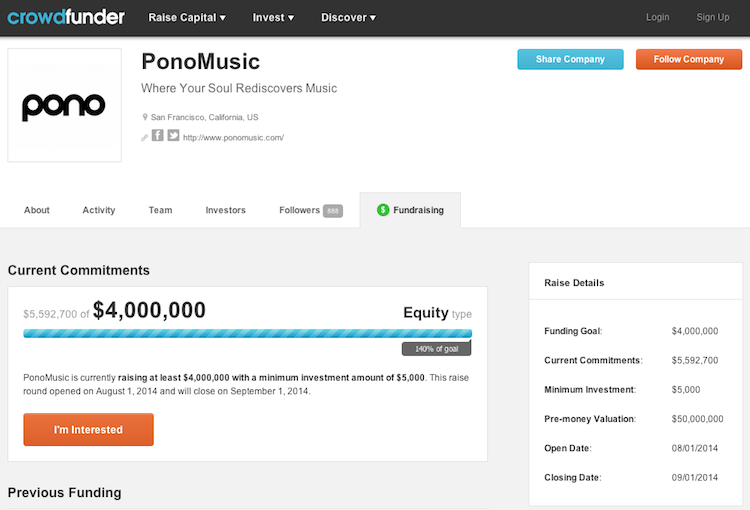 After taking over as CEO of Pono last month, one of Neil Young’s first big moves is launching another crowdfunding campaign.