Dear Morrissey: Stop Whining About Labels and Do a F*%king Kickstarter! 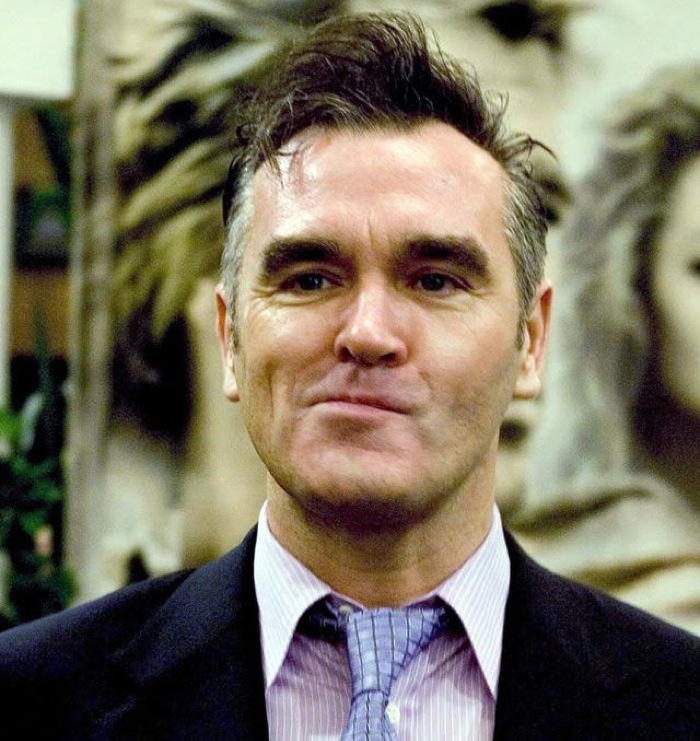 Morrissey has been bitching about his major label (Harvest/Capitol) and all the ways they screwed him over.  But, why is someone as huge as Morrissey even working with a major label at this point?

Here’s an open letter penned by Amanda Palmer to Morrissey last year – before he signed the deal — urging him to run a Kickstarter to make the album he wants to make — and get the money he needs to do it (the much longer version is here).

I know you don’t use Twitter, but I’m sure you probably understand the basics of how it works. I tweeted a link to the article about your canceled tour, and then asked this simple question of my followers (I have about 850,000 of them): “How many people out there would pay $5 to crowdfund/pre-order a digital-only Morrissey album?”

There were many, many answers. You were discussed, anecdotes were shared….and I said very little. People, not surprisingly, said both super-worshipful and super-critical things about you, as you’d expect.

But the point is, after a few hours, somewhere upwards of 1,400 tweets came in saying that they’d gladly pay $5 to fund a digital album.

So 1,400 of the Amanda Palmer fans who were looking at my Twitter feed over those few hours said they’d be happy to fund a digital recording. That would only yield you about $7,000.

But you…you’re actually Morrissey. You have some of the most fanatical fans in the world; caring and devoted people from countries far and wide who would be really, really happy to support you at levels far beyond $5 just to have the songs in their ears.

You’re possibly one of the best candidates on the planet to use crowdfunding, because of who you are and what you mean.

I’ve been thinking about this a lot.

What does one need a record label for nowadays?

To put albums in stores? The stores are closing.

To make all the phone calls, so that radio plays the album? The radio stations are closing. The good outlets with human beings programming them (non-commercial radio, college, the BBC) will probably just download the record if it’s good, and play it.

To get into the charts? Who cares anymore? Do you? Do I?

To arrange tour promo and buy commercial space to inform people that the album is out? Well…if you’re not going to tour, and if people have already pre-ordered the record, maybe it’s not necessary.

And if you’re not putting out a physical record…it’s all moot.

Just…emailed the songs out to the people who love you and paid for them?

What would happen? I’m not sure. But, dear Morrissey, I wish you could have read my Twitter feed.

The most inspirational responses were along these lines, again and again: “The simple fact is I would like to hear new Morrissey songs. For that privilege I would easily pay $5 for digital only.”

This was a constant refrain, and it made me very happy: People just want music, and are happy to pay for it to be created, even if it’s just a file they receive.

The Internet is now at the point where your fans will basically do the work of spreading the existence of your project for you, especially once they’ve hopped on to support it. All you need to do is launch it on a site like Kickstarter or Pledgemusic and let it spread.

You could avoid the agony of physical manufacturing, shipping, traditional distribution and promotion….and have only one option for backers: $5 digital (it’d be tempting to add CDs and vinyl, but this is, indeed, where you start “needing a record label” and where the old-school problems start to tear away at your life and energy).

Given your record sales and history, let’s make a very conservative guess that 500,000 people back you (i.e., pre-order a digital album) at $5 each.

Assumptions galore, but at a guess: Subtract the 20 percent you will need to pay out to commissions (to your management and digital team) and processing (to the crowdfunding platform) and you’ll be left with about $2 million. If your album costs half a million to record, you’ll earn about $1.5 million. I don’t know what kind of advances and royalties you were getting from any of your previous labels, but I doubt they could compete with that. And if there’s no label you can find to work with, anyway….is there even a point in making the comparison?

Image of Morrissey by Artiquities; licensed under Creative Commons Attribution-ShareAlike 3.0.