At the end of September around 150 musical acts and 25,000 attendees will be at the 11th annual Decibel Festival in Seattle. In the words of festival organizers, Decibel is an “international festival of electronic music performance, visual art, and new media“.

The festival is headquartered at the EMP, a stunning museum dedicated to music and pop culture. Many other Seattle venues will host events throughout the festival as well. Over the course of five days Decibel will host performances from evening till morning, boat parties, and a three day conference featuring panels, workshops, and talks.

I talked to a number of musical artists, visual artists, managers, and publicists to find out more about some of the scheduled A/V sets. I think it’s a given that well-known artists like Simian Mobile Disco and Alessandro Cortini (of Nine Inch Nails) will have stunning sets, so I dug a little deeper to compile this list of forward-thinking A/V sets that shouldn’t be missed. The list is presented in chronological order, based on the festival schedule. 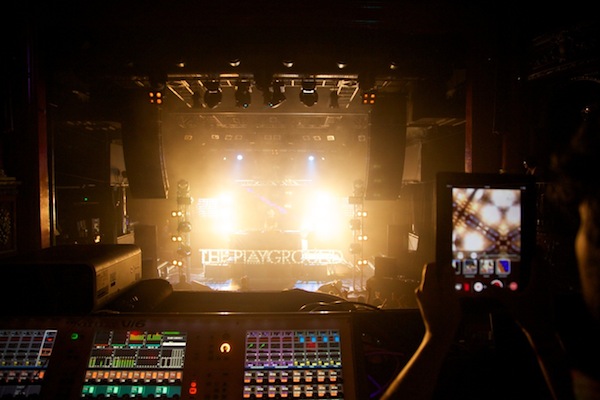 Generate in use at Koko in London

Vancouver duo Sabota (Max Ulis and Robbie Slade) kick off the festival with the first set at the Opening Gala at EMP’s Sky Church. The venue itself is pretty remarkable, the room is 70 feet tall and features a giant HD LED screen.

One of Generate’s developers, Leó Stefánsson, will manipulate the pro version of the app on a couple of iPads while Sabota plays. The visuals will run through an Apple TV and a projector. Robbie Slade says their goal is “to show the shear visual power of the app“.

Robbie also summed up why visuals are an important part of electronic music performance, saying: 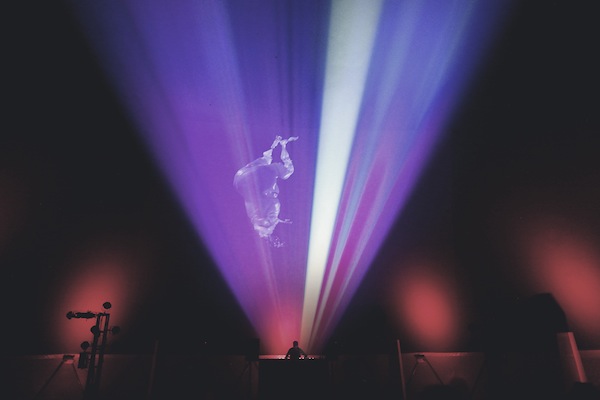 Arca and Jesse Kanda will be closing out the first day of Decibel at the Sky Church, playing the Optical 1: Kinesthesia showcase. Arca will be doing a DJ set while Jesse does live visuals.  The visuals will be loop based, but will progress as the set goes on.

Arca’s music heavily incorporates warped dissonance, as do Jesse Kanda’s visuals. For proof, watch this frightening clip from Trauma, the duo’s ongoing film project. The film was first exhibited at MoMA PS1 last year. Trauma “follows a nonlinear narrative about the death of a salaryman, a drunk driving infant, and takes place within a subconscious world.” 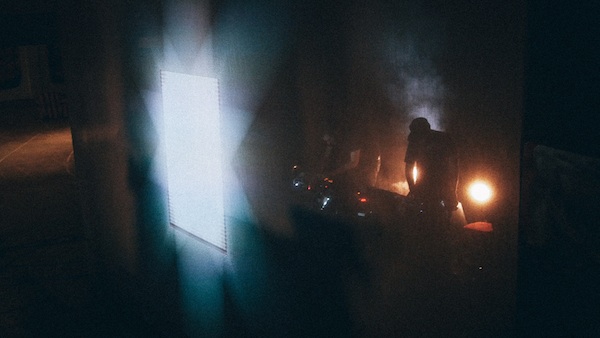 Deru (Benjamin Wynn) and Effixx (Anthony Ciannamea) will perform 1979, Deru’s recent concept album, at Illsley Ball Nordstrom Recital Hall on the third day of the festival. They’ll perform 1979 a second time on Sunday at the Friends of Friends showcase, but I would definitely opt for seeing this in a recital hall.

1979 is a nine song album, and each song has an accompanying short video made by Effixx. The two artists will perform the album behind a large scrim. There will be a projector at the front of the house and another on stage, pointing at the audience. Manipulated found footage, PixelVision footage, and analog video synth content will be projected. Deru and Effixx will manipulate the beam of light pointing at the audience by putting various objects in front of it.

Deru and Effixx shared photos from their first rehearsal for this article. 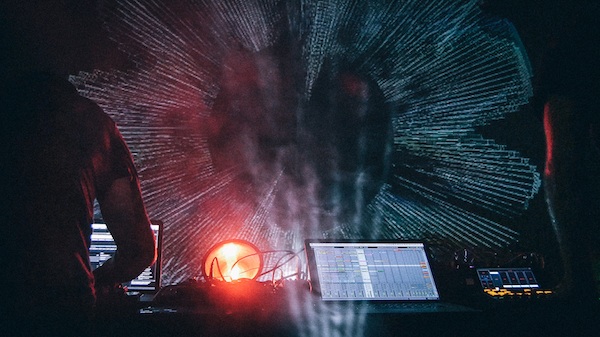 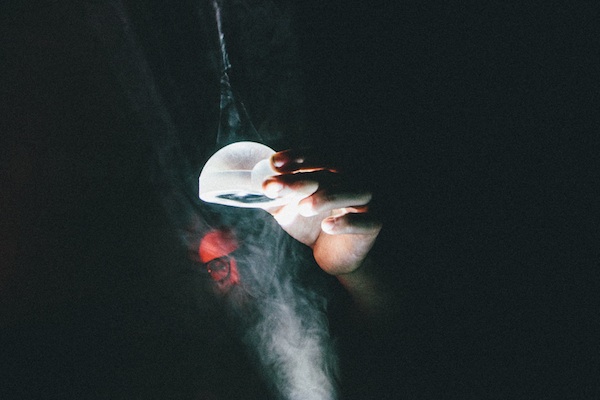 Groundislava (aka Jasper Patterson) is also playing the Friends of Friends showcase on Sunday night. A lot of the live material will come from the new Groundislava album Frozen Throne, which will be released on September 23rd.

Frozen Throne is based on a cyberpunk narrative created by Jasper. The story is inspired by his favorite book Neuromancer. In a phone interview, Jasper explained that Frozen Throne is a non-linear story of a hacker / nerd who lives in a near-future dystopia. The character lives in a cell-like apartment and spends much of his time in a virtual reality world, where he falls in love with a female presence. The bulk of the narrative revolves around wondering if the female is real, or if she’s just an AI. One day the female disappears, and the main character finally leaves his house and goes out and finds her in real life.

Jasper says that his brother, who goes by Sus Boy, is setting up a visual set that will play behind him as he performs. Sus Boy has been a pretty obscure figure, always blacking himself out in photos, and I was surprised to learn he is Jasper’s brother. 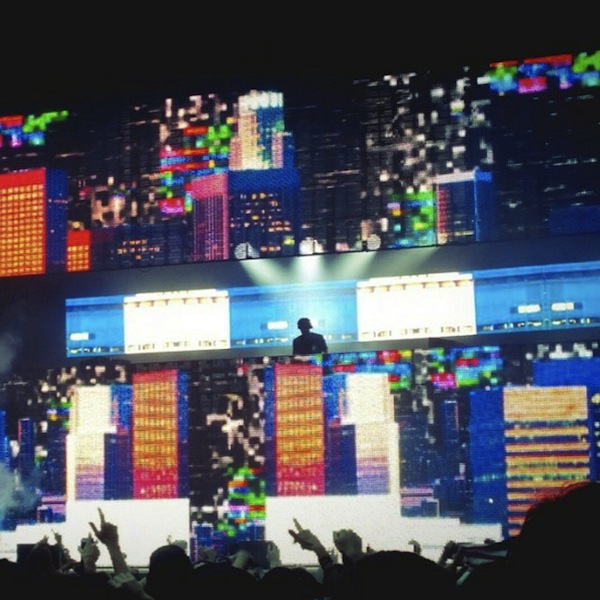 Stay tuned for more Decibel coverage throughout and immediately following the festival.